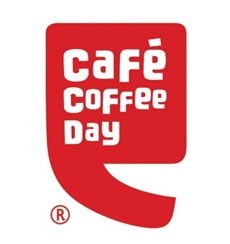 The I-T department announced this on Thursday, after they concluded four days of raids on various premises of the group, which has interest in coffee, tourism, information technology and other areas.

"The detection of undisclosed income is expected to be much higher since there are a number of other issues, including violations of other statutes on which there is no disclosure, but relevant evidence has been found. These will be pursued effectively with vigour, energy and imagination," a release from the I-T Department stated.

On Thursday, I-T sleuths raided several properties belonging to Siddhartha in about 25 locations across the country, including Bengaluru, Hassan, Chikkamagaluru, Chennai and Mumbai.

Raids were carried out on Coffee Day Square in Bengaluru, the headquarters of Cafe Coffee Day, and Siddhartha's residence in Bengaluru's upscale locality of Sadashivanagar.

Another I0T team carried out raids in Chikkamagaluru, in the Coffee Day Global Limited office, two of his coffee estate offices, a residential school office and the Serai Resorts.

Searches were conducted at multiple company premises, that included his offices and residence.

Documents seized from the search operations at 25 places of Cafe Coffee Day and its group companies in Karnataka, Mumbai and Chennai have revealed concealed income of over Rs 650 crore, reports quoting senior tax officials said.

The search and seize operations, which began on 21 September, concluded on Sunday evening.