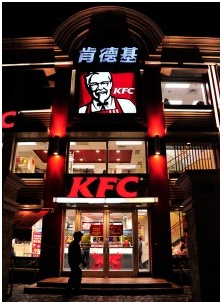 The move comes ahead of its plan to separate its China business into an independent company after nearly three decades of operation in the country. (See: Yum Brands to spin off China business) ''The spinoff and concurrent completion of the Primavera and Ant Financial investments are expected to occur on October 31, 2016, with Yum China to commence trading on the New York Stock Exchange as an independent company on November 1, 2016, under the ticker symbol ''YUMC,'' Yum Brands said in a statement.

Under the terms of the deal, Primavera and Ant Financial will invest $410 million and $50 million respectively and get a combined stake of 4.3-5.9 per cent in Yum China, depending on the share price.

The company also announced that founder of Primavera Dr Fred Hu, former chairman of Greater China at Goldman Sachs, will become non-executive chairman of the board of Yum China.

In October 2015, Yum Brands said that it planned to separate its China business into an independent company, a move that came in response to investor pressure on the back of slower-than-expected growth in the world's second-largest economy.

Yum China will become a franchisee of Yum Brands and will have exclusive rights to three popular brands - KFC, Pizza Hut and Taco Bell - while Yum Brands will focus on expanding the presence and performance of its three iconic brands around the world.

So far, Yum Brands, the first foreign fast food chain to enter China, has been operating and building restaurants directly in the country, while elsewhere in the world it runs most of its business through franchisees.

The Louisville, Kentucky-based company has been deriving more than half of its sales and profit over the years from China, one of its fastest growing markets. Last year, Yum Brands reported $13.3 billion in revenue, of which $6.9 billion was from China.

The company expects that there is potential to nearly triple the number of restaurants in China to over 20,000 and also has significant growth potential in existing restaurants.

Yum Brands will become more of a ''pure play'' franchisor over time, and is targeting having at least 95 per cent of the business operated by franchisees by the end of 2017. It plans to add approximately 2,000 new units every year.

The company also plans to integrate its three major restaurant brands in India into the global KFC, Pizza Hut and Taco Bell divisions of Yum Brands.