French yoghurt giant Danone SA, yesterday struck a deal to buy US organic foods producer WhiteWave Foods Co for $10.4 billion, in a bid to double the size of its business in the US. 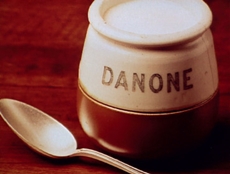 The proposed acquisition, including debt and other liabilities is around $12.5 billion.

The deal is Danone's largest since it acquired Dutch baby foods group Numico in 2007 for $16.8 billion.

Danone is offering to pay WhiteWave shareholders $56.25 per share in cash, a 24-per cent premium over the company's 30-day average closing trading price of $45.43.

Franck Riboud, Danone chairman said, ''I believe this acquisition advances Danone's mission and rich history of being at the forefront of emerging consumer trends and commitment to creating economic and social value .. We believe WhiteWave's size, positioning and geographical footprint fit perfectly with Danone's strategy and that it is the right transaction at the right time.''

''Today's announcement is an exciting next chapter for WhiteWave, bringing together two leading companies with a shared mission of changing the way the world eats for the better. We believe this is a compelling transaction that delivers significant cash value to our shareholders,'' said, Gregg Engles, WhiteWave chairman and CEO.

WhiteWave Foods, earlier a subsidiary of Dean Foods till it was spun off in an IPO in 2012, is a packaged food and beverage company that manufactures and sells branded plant-based foods and beverages, coffee creamers and beverages, premium dairy products and organic produce throughout North America, Europe and through a joint venture in China.

The Denver, Colorado-based company employs around 3,000 people and generates $3.9 billion in annual revenues.

Around 86 per cent of its annual revenues come from North America, while 14 per cent from Europe.

Since becoming a public company in 2012, WhiteWave sales have increased at a 19 per cent compound annual growth rate through 2015, and have doubled its operating income during this period.

The deal will allow Danone to have one of the most extensive portfolios of brands and products in fresh dairy, organic foods and beverages and plant based alternatives to milk and yogurt.

It also diversifies Danone's portfolio and broadens its presence in North America. The transaction will create a leading US refrigerated dairy player, as well as one of the top 15 largest US food and beverage manufacturers.

Post closing, Danone's North America footprint would increase from 12 to 22 per cent of its total portfolio.

The transaction is expected to result in approximately $300 million of EBIT synergies by 2020.

Danone, a Fortune 500 company with 2015 revenues of over of €22.4 billion, is one of the world's most successful health food companies and the world's largest yogurt maker.

It has recently been making divestments in Europe and huge acquisitions in emerging markets, including Russia, China and India.

Emerging markets now account for 49 per cent of the company's sales, while North America contributes 10 per cent, France and Russia account for 11 per cent each.

With 160 plants and around 100,995 employees, Danone has a presence in all five continents and over 120 countries. It is No 1 in fresh dairy products, No 2 in packaged water and baby nutrition.'