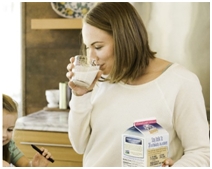 A deal, which could be announced as early as today, would be Danone's largest acquisition in a decade, the report said.

WhiteWave Foods' share price closed at $47.43 yesterday, giving it a market value of $8.34 billion and by adding a 30 per cent premium, the deal could be valued more than $10.5 billion, the report added.

WhiteWave Foods, earlier a subsidiary of Dean Foods till it was spun off in an IPO in 2012, is a packaged food and beverage company that manufactures and sells branded plant-based foods and beverages, coffee creamers and beverages, premium dairy products and organic produce throughout North America, Europe and through a joint venture in China.

The Denver, Colorado-based company employs around 3,000 people and generates $3.9 billion in annual revenues.

Around 86 per cent of its annual revenues came from North America, while 14 per cent from Europe.

Danone, a Fortune 500 company with 2015 revenues of over €21 billion, is one of the world's most successful health food companies and the world's largest yogurt maker.

It has recently been making divestments in Europe and huge acquisitions in emerging markets, including Russia, China and India.

Emerging markets now account for 49 per cent of the company's sales, while North America contributes 10 per cent, France and Russia account for 11 per cent each.

With 160 plants and around 100,995 employees, Danone has a presence in all five continents and over 120 countries. It is No 1 in fresh dairy products, No 2 in packaged water and baby nutrition.