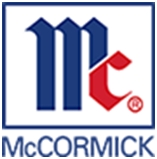 McCormick said that it had "after careful consideration, concluded that it would not be able to propose a price that would be recommended by the board of Premier Foods while also delivering appropriate returns for McCormick shareholders.

"Accordingly, McCormick has withdrawn its proposal to acquire Premier Foods."

Premier Food's stock price plunged today by 30-per cent on the news. The company's shares had nearly doubled after McCormick tabled its takeover offer three weeks ago.

McCormick had in February offered 52 pence a share, which was rejected by Premier Food's saying that it undervalues the company. Later last month McCormick raised its offer to 65 pence a share.

The company, which has grown through a series of acquisitions, expanded its presence in India by forming its third joint venture with Kohinoor Foods Ltd to market and sell the latter's basmati rice and food products in India.

It also produces cakes under the Cadbury's name, using the brand under licence.

Premier was once one of the Britain's biggest food companies, but became loaded with debt due to expansion.