Italian coffee house Lavazza yesterday struck a deal to buy French brand Carte Noire from Douwe Egberts in a deal that would treble its turnover in France. 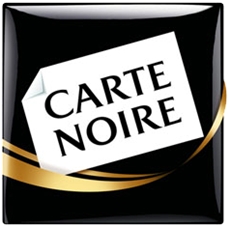 The two companies did not disclose the financial terms of the deal, but several media reports suggested that Lavazza paid around €800 million ($872 million).

The deal includes the Carte Noire business within the 31-nation European Economic Area with the exception of instant coffee, single-serve capsules called T-Discs and out-of-home businesses, The transaction also includes a factory in Laverune near Montpellier in France.

With this deal, Lavazza "will reach a leadership position in France, the fourth global coffee market and the second in Europe," said, Antonio Baravalle, CEO of Lavazza in a statement.

Under that deal, Jacobs Douwe Egberts would be controlled by D E Master Blenders' parent JAB Holding Co, and Mondelez would receive after-tax cash proceeds of about $5 billion and a 49-per cent stake in the company.

The sale of Carte Noire by Jacobs Douwe Egberts is part of the concession to allay concerns from European regulators, who said the merger would limit competition in markets like France.

The European Commission imposed certain conditions for the merger to go through, including the sale of Mondelez' Carte Noire brand across Europe and Merrild in Denmark and the Baltics, and to license out its Senseo brand in Austria.

Carte Noire, made from a blend of arabica coffee and finely-milled beans, is France's best-selling premium coffee brand.

Founded back in 1979, Carte Noire is estimated to hold a 20-per cent market share in France.

Founded by Luigi Lavazza in Turin in 1895, Lavazza is run by the fourth generation of the Lavazza family.

It is one of the most important roasters in the world, and a leader in Italy with a 44.9-per cent share of the retail market.

Lavazza has four plants in Italy and one in India, and its coffee is sold in over 90 countries worldwide. It also owns the Barista - India's second-largest chain of coffee shops.