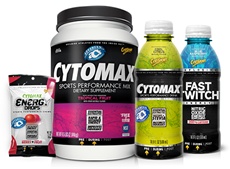 The acquisition would see the company add Muscle Milk sports nutrition products to its portfolio of brands.

BofA Merril Lynch served as its financial adviser for the deal.

CytoSport is expected to gross $370 million in sales in 2014, Minnesota-based Hormel said in a statement yesterday.

The company's line of meat and cheese wraps called Rev for young consumers introduced in 2013, would be especially complemented by Muscle Milk, chief executive officer.

He added, the acquisition not only built upon the company's strength in protein but also allowed the company to diversify its product portfolio. He added, with Muscle Milk the company had got the leading share player in a significant growth category.

According to Ettinger, CytoSport got Hormel ''further into the realm of portable protein-rich items.'' He added, the entire product line for Muscle Milk in the ready-to-drink form satisfied the kind of immediacy that consumers were looking for.

Ettinger said Hormel remained willing to take on as much as $2 billion in debt for more acquisitions. The shares of Hormel were up 9.3 per cent this year to $49.35 at yesterday's close in New York.