Archer Daniels Midland Co (ADM) yesterday said that it will continue to look for a buyer for its chocolate business although extensive negotiations with a potential buyer collapsed. 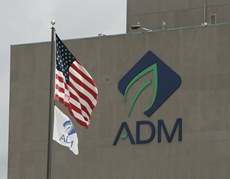 ''We are committed to ongoing portfolio management to realise value from our businesses and to deploy our capital where it can best improve returns,'' said ADM chairman and CEO, Patricia Woertz. ''The actions we are announcing today are results of this continuing process. Each of these transactions will help ADM continue to improve returns and create shareholder value.''

The Illinois-based company announced three significant actions in its ongoing portfolio review: continue to look fore a buyer for its chocolate business, while retaining the majority of its cocoa-pressing operations; the acquisition of the remaining stake of Alfred C. Toepfer International GmbH and an agreement to sell the company's South American fertilizer business to The Mosaic Co for $359 million.

But the deal may have been called off due to antitrust issues, according to analysts.

ADM now plans to sell its global chocolate-making business, while retaining the majority of its cocoa-pressing operations.

ADM, which is among the world's five largest makers of chocolate products, has a customer base ranging from industrial manufacturers and global retailers to individual artisans and chefs.

ADM has chocolate manufacturing operations in Pennsylvania and Wisconsin in the US; Georgetown in Canada; Liverpool in the UK; Manage in Belgium; and Mannheim in Germany.

ADM, which last year saw its proposed $2.7-billion takeover of Sydney-based grain company GrainCorp Ltd being blocked by the Australian regulator, plans to take full control of German agricultural commodities trader Alred C. Toepfer International by buying the 20 per cent it does not already own, for about $115 million.

ADM has owned 80 per cent of Hamburg-based Toepfer since 2002, while Paris-based grain and seed company Union InVivo has held the remaining since 2010.

Founded in 1919 Toepfer trades in grain, feedstuffs, oilseeds, vegetable oils, and fertilizers in various markets in the European Union, Central and Eastern Europe, North and South Americas, North Africa and the Middle East, Asia, and Australia.

''Toepfer has an important presence in critical origination areas as well as growing destination markets,'' said Woertz. ''For years, ADM has benefitted from our investment in Toepfer. Now, full ownership will allow us to strengthen this business and fully integrate it into ADM's global origination network.''