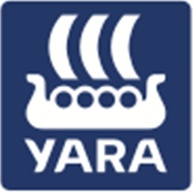 The Vale deal will establish Yara as a nitrogen producer in Brazil, strengthen its production footprint and complement its existing distribution position.

Natural gas feedstock for the ammonia production is sourced from local suppliers, while additional ammonia, phosphate rock, sulphur and other raw materials are supplied via a nearby import terminal, which is not part of the transaction.

In 2016 the Cubatão complex sold approximately 1.3 million tonnes of nitrogen and phosphate products, generating pro-forma net revenues of $413 million and an EBITDA of $30 million.

Lair Hanzen, head of Yara's Brazil unit said that the proposed acquisition will allow Yara to double its fertilizer production capacity in Brazil to 3 million tonnes per year and the company plans to spend $80 million in the next three years to upgrade equipment and systems at the Cubatão complex.

Yara has recently gone on an acquisition spree. Last year it acquired Tata Chemicals' Babrala urea plant and distribution business in Uttar Pradesh for $400 million, US oil seeds giant Bunge's fertilizer unit in 2013 and a joint venture with Galvani in 2014.