India's palm oil imports are likely to jump 16 per cent to 9.3 million tonnes in the current marketing year ending October as India importers go for cheaper imports. This is nearly half the edible oil production in Malaysia, the world's second biggest producer after Indonesia. 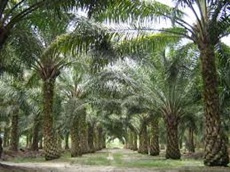 A weak Malaysian ringgit and a general fall in commodity prices have combined to make palm oil cheaper for Indian importers. The dollar price of Malaysian palm prices has fallen around 30 per cent since last year.

India, the top importer of edible oils, is expected to import 10 million tonnes of palm oil in the year starting November, rising nearly eight per cent from around 9.3 million tonnes during the year ending October 2015, as top producers dump the oil at steep discounts, key importer Ruchi Soya said on Thursday.

Total edible oil imports by India are expected to rise 7.1 per cent to 15 million tonnes in the next marketing year, after a likely rise of nearly 21 per cent in the current year.

Higher purchases by India, although at low prices, could support benchmark Malaysian palm oil futures, which are trading near their lowest level in 6-1/2 years due to soft prices and concerns over China.

Malaysian palm oil futures have been declining since June and hit a 6-1/2 year low of 1,863 ringgit a tonne this week. Prices could drop to 1,800 ringgit if inventories rise further due to poor demand from biodiesel industry.

"Due to lower prices and depreciating ringgit, in dollar terms palm oil prices have fallen sharply and it has become very attractive for buyers," Reuters quoted Shahra as saying on Thursday.

Ruchi Soya is particularly worried as the spread between soyoil and palm oil has been consistently widening in the last few weeks – from about $150 per tonne for spot delivery it has gone up to $200 per tonne for September and October shipments.

India buys soyoil as well, mostly from Latin America and sunflower, although in small quantities, from the Black Sea region.

India's soyoil imports in the current year to October are likely to rise 45 per cent to a record 2.9 million tonnes due to attractive prices in the first half, according to Shahra.

Sunflower oil imports are expected to remain steady next year at around 1.5 million tonnes as the premium over other oils has risen in last few months.