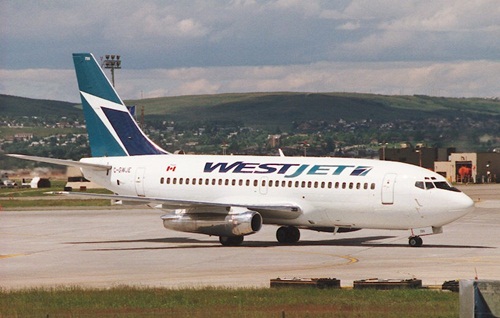 If completed, it would be the biggest private equity deal ever for an airline, according to Refinitiv data.
If Onex obtains shareholder and regulatory approvals, the deal would help Schwartz get his hands on an airline two decades after he missed out on buying Air Canada, WestJet’s bigger rival. Air Canada shares rose more than 5%.
WestJet Airlines also on Monday announced the signing of a definitive agreement that provides for its acquisition in an all-cash transaction. Under the terms of the agreement, Onex Corporation and its affiliated funds will acquire all outstanding shares of WestJet for $31 per share, after which WestJet will operate as a privately-held company.
The purchase price represents a 67 per cent premium to Friday’s closing share price of WestJet and a 63 per cent premium to WestJet’s 20-day volume-weighted average trading price. The transaction value is approximately C$5 billion, including assumed debt.
“Since our first flight in 1996, WestJet has been singularly focused on providing better options for the Canadian travelling public and this transaction retains that commitment,” said Clive Beddoe, WestJet’s Founder and chairman. “I am particularly pleased that WestJet will remain headquartered in Calgary and will continue to build on the success that our 14,000 WestJetters have created.
“WestJet is one of Canada’s strongest brands and we have tremendous respect for the business that Clive Beddoe and all WestJetters have built over the years. WestJet is renowned internationally for its unparalleled guest experience and employee culture. We’re thrilled to be partnering with WestJetters and continuing this remarkable Canadian success story,” said Tawfiq Popatia, managing director at Onex.
“We are delighted to continue the journey of building an airline based on a growing network, providing competitive airfares and more choice to, from and within Canada, for communities large and small. Integral to this relationship is a commitment to our employees, and our unique ownership-driven culture,” Ed Sims, WestJet’s president and chief executive officer, said.
The investment will be led by Onex Partners, Onex’ private equity platform focused on larger investment opportunities.
WestJet shares, which touched a record high of C$34.95 in December 2014, have recently been trading at almost half that level. The airline has reported declining net profit for each of the last three years, hurt by rising fuel costs, pressure on ticket prices and other issues.
Even before the global grounding of Boeing’s 737 MAX jets in March, WestJet’s earnings had slipped as it worked to contain costs as its workforce unionized and was spending money on bold growth plans to expand international travel, introduce first class cabins and launch a budget carrier called Swoop.
Up to Friday’s close, WestJet shares had fallen 5.5 per cent in the last 12 months while Air Canada shares gained 58 percent. American rival United Continental Holdings, the company that owns United Airlines, rose 28 per cent in the same period.
Onex, founded in 1984 by Schwartz who started out at Bear Stearns & Co in the 1970s, approached WestJet’s board in March.
WestJet chief executive Ed Sims said on BNN that the deal will allow the company to execute on its long-term growth strategy without the constraints of quarterly scrutiny. It is “a reaffirmation that the path we’re on is actually a path towards long-term profitability irrespective of the sort of headwinds that you refer to that we saw regularly in 2018.”
With about $31 billion of assets under management, Onex bought Spirit AeroSystems from Boeing Co in 2005 and exited its investment in 2014 after making $3.2 billion.
MORE REPORTS