The United Arab Emirates (UAE) has claimed to be the first country in the world to produce certified solar-powered aluminum, thanks to the 1,013 MW Mohammed bin Rashid Al Maktoum Solar Park south of Dubai. 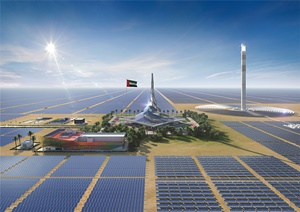