Mitsui Sumitomo Insurance Company Ltd (MSI) has acquired UK insurer Amlin plc for about £3.5 billion ($5.3 billion) in an all-cash deal. MSI and Amlin also signed an irrevocable agreement on the terms of a recommended cash offer pursuant to which MSI will acquire the entire issued and to be issued share capital of Amlin. 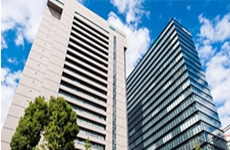 Under the terms of the acquisition, which will be implemented by means of a court-sanctioned scheme of arrangement, MSI, a wholly-owned subsidiary of MS&AD Insurance Group Holdings Inc, will pay Amlin shareholders 670 pence in cash for each share.

The acquisition, which is at a 36 per cent premium to Amlin's closing price on Monday, marks the emergence of Japanese corporates as a major force in global M&As.

Amlin shareholders on the record date (4 September 2015) will also be entitled to receive the interim dividend of 8.4 pence per Amlin share for the period ended 30 June 2015 that is payable on 1 October 2015, which was announced with Amlin's interim results on 24 August 2015.

The acquisition values the entire issued and to be issued share capital of Amlin at approximately £3,468 million (approximately ¥ 634.7 billion or $5327 million).

MSI will now commence the process for acquisition of Amlin, an insurance holding company that operates insurance businesses globally, centered on Lloyd's in the UK, Yasuyoshi Karasawa, president of MSI, said in a stock market filing.

Amlin's board of directors has unanimously announced its recommendation of the Acquisition. MSI has also made a public announcement required under the UK Takeover Code in the UK on the morning of 8 September 2015.

MSI, through acquisitions, has grown rapidly to become the top non-life insurer (as  measured by direct written premiums) in the ASEAN region and expanded its operations centered on Asia, building on the momentum from its acquisition of the Asian non-life insurance operations of UK company AVIVA, in 2004.

MSI is further strengthening its revenue base through significant acquisitions in emerging markets where future growth is expected, besides its increased presence in major global insurance markets in Europe and the United States, by entering the Lloyd's business and corporate insurance segments in Europe.

Amlin operates in the Lloyd's of London insurance market, where specialist insurance companies group together in syndicates to provide risk cover. Covering everything from art to racing horses, Amlin's main operations are reinsurance, marine and aviation, and property and casualty cover.

Mitsui Sumitomo said it sees Amlin ''at the core of its international strategy,'' and that its existing Lloyd's and Bermuda businesses will be merged into Amlin.

Amlin chief executive Charles Phillips, who said two weeks ago that the company wasn't for sale, will lead the enlarged group. The companies on Tuesday said they entered a confidentiality agreement on 20 August, a few days before Phillips's comments.

''I famously said we were not for sale, and we weren't,'' Phillips said. ''We never put out a 'for sale' sign. But when someone comes along and the strategies are so well aligned, and you can see that the combination of the two companies will move on Amlin's strategy, and the offer is a compelling price for shareholders, then you move as fast as you can.''

Phillips said Mitsui Sumitomo's Asian distribution networks should open new doors for Amlin and its specialty insurance, and that growth in the US will also be a focus for the combined group.

A decline in revenue from home business, especially in core areas such as automobile and housing insurance, has increasingly prompted Japanese insurers to turn to acquisitions for growth. Oversees purchases have also allowed insurers to diversify their product ranges and reduce their reliance on Japan, which is prone to costly earthquakes.

Japan-related insurance deals so far this year stood at $22 billion, against $7.7 billion for the whole of last year, according to data provider Dealogic.