The largest US bank, JP Morgan, has relaxed its dress code to allow employees to dress in business-casual attire when appropriate. The Wall Street Journalbroke the news citing an internal memo, which was confirmed by a JP Morgan representative to CNBC. 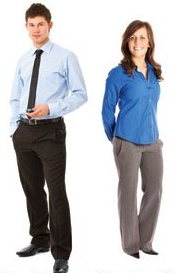 The move was unexpected and went against the staid image normally cultivated by Wall Street for years, according to commentators. Even during its heady years, the industry rejected trends like 'Dress Down Fridays' embraced by other companies.

In recent times, a number of banks had opened up to casual Fridays, which might lead to a wholehearted embrace of a more relaxed Wall Street dress code according to commentators.

It also signalled that big banks were ready to adopt the laid-back culture at technology companies and start-ups, perhaps in an oblique bid to keep Silicon Valley from poaching its employees. Recent years had seen tech upstarts raid Wall Street banks for talent.

''More clients are dressing informally, and many parts of our business are already business casual,'' JPMorgan's operating committee wrote in the memo. ''And while it may not be possible to dress business casual at all times or in all areas, we believe having a firmwide guideline is the right thing to do.''

JPMorgan employees had started dressing slightly more casually in recent years, at times, taking inspiration from Jamie Dimon, the bank's chief executive, who went tieless at a meeting with employees in Bournemouth, England, on Friday.

He was joined by the UK chancellor of the Exchequer, George Osborne who too sported the business casual look.