HSBC Holdings Plc is reviewing a past investigation of foreign exchange trades after the arrest on Tuesday night of a senior manager in New York for alleged fraud, according to a Reuters source familiar with the matter. 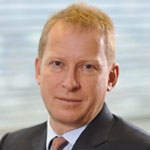 HSBC examined the trades done by Mark Johnson, its global head of foreign exchange cash trading, in 2013 as part of a broader internal probe and found no irregularities, the source said.

Johnson was on Wednesday charged in a criminal complaint filed in a federal court in Brooklyn with engaging in a scheme to front-run a $3.5 billion transaction by one of the bank's clients, alongside former HSBC executive Stuart Scott. Both men were charged with wire fraud conspiracy.

On Wednesday the bank said it was co-operating with the Department of Justice's (DoJ) investigation.

In its statement, the Department of Justice did not name the client the pair allegedly defrauded, but the trades are known to involve British oil firm Cairn Energy. (See: US Fed nabs HSBC official over Cairn-Vedanta insider trading).

An HSBC spokesman said the bank is cooperating in the DoJ's foreign exchange investigation. Cairn Energy was not immediately available to comment.

Scott, who was head of cash trading for Europe, left HSBC in 2014.

"Our client strongly denies the allegations. Given there are ongoing proceedings it would be inappropriate to comment further at this time," Gerallt Owen, a lawyer at Withers, who is representing Scott, said in an emailed statement.

The investigation could deal a reputational blow to HSBC in a business area in which it is particularly strong, points out Reuters. The lender specialises in helping clients engage in cross-border deals, aided by its large global network at a time when many rival investment banks are shrinking.

Authorities in the UK said they had been working closely with counterparts across the Atlantic, although the DoJ is the first prosecutor to lay charges in the multi-year worldwide investigation into forex market-rigging.

Some of the world's biggest banks, including HSBC, paid a combined total of around $10 billion to settle US and British allegations of foreign exchange manipulation in 2014 and 2015.

Britain's Serious Fraud Office dismissed suggestions it had missed possible wrongdoing while sifting through 500,000 documents in its wider foreign exchange investigation before closing it earlier this year.

"There is no suggestion that something was missed. We followed the evidence available to us in our jurisdiction in respect of the Forex investigation and reached the conclusion that it was insufficient to support a realistic prospect of conviction," a spokesman said.

Britain's Financial Conduct Authority (FCA) said it is continuing to investigate individuals over allegations of misconduct in the foreign exchange investigation.

"We have been liaising with the DoJ regarding FX investigations on both sides of the Atlantic. We will not comment on specific strands of investigations," a spokesman for the FCA said.