Global banking giant HSBC Holdings Plc said its net profit for 2015 dropped 1.2 per cent to $ 13.52 billion from the previous year after what it called ''seismic shifts'' in the world economy. 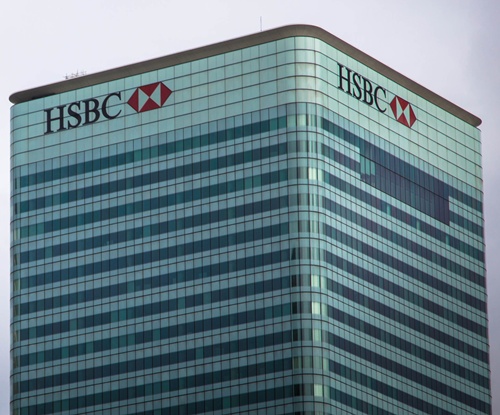 HSBC also reported a pre-tax loss of $858 million for the fourth quarter of the year compared to a profit of $1.73 billion in October-December 2014, while its pre-tax profit from India saw a decline from the 2014 levels.

The British banking group, which is under probe for aiding wealthy individuals and entities evade tax in several countries, including India, China and the US, also today gave a region-wise break-up of its annual earnings.

The bank's annual report showed that the bank posted a pre-tax profit of $606 million from its India business in 2015, which is 13.4 per cent lower than the $700 million pre-tax profit reported in 2014. HSBC said the decline was due to a fall in earnings from the global banking and markets division whose pre-tax profit fell 46 per cent to $238 million from $442 million in 2014.

Global banking and markets is the biggest division for HSBC in India and includes earnings from investment banking and treasury operations. The bank also reported a decline in pre-tax profit from its commercial banking business in India to $97 million from $121 million a year ago. The bank's loan book in India stood at $8.04 billion at the end of 2015 compared to $7.23 billion at the end of 2014.

Separately, as part of its disclosures, HSBC said that it continues to face a tax inquiry in India, adding that it has received further notices from tax authorities in recent months.

''In India, in February 2015, the Indian tax authority issued a summons and request for information to an HSBC company in India. In August 2015 and November 2015, HSBC entities received notices from two tax offices, saying that the tax authorities have sufficient evidence to initiate prosecution against HSBC Swiss Private Bank and its Dubai entity for abetting tax evasion of four Indian individuals and/or families and requesting that the HSBC entities show why such prosecution should not be initiated,'' said HSBC.

''With respect to each of these ongoing matters, HSBC is cooperating with the relevant authorities in a manner consistent with relevant laws,'' it added.

An investigation conducted by the International Consortium of Investigative Journalists (ICIJ), the findings of which were made public on 8 February, showed that HSBC may have helped clients conceal nearly $100 billion in Swiss accounts to avoid taxes. The list included 1,195 Indians and has prompted investigations by local tax authorities on whether these people had repatriated money abroad to evade payment of tax in India.

HSBC's financial results for 2105 come after a turbulent year which saw a market rout in China and commodity prices plunge as well as tightening credit due to a US rates hike.

The banking group also announced a radical overhaul as it sought to boost profits and move past scandals that have scarred the British lender, including the rigging of foreign exchange markets.