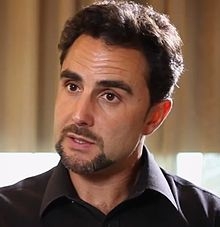 HSBC whistleblower Herve Falciani, whose 'Swissleaks' have been key to India's black money probe, was sentenced on Thursday in absentia to five years in prison by a Swiss federal court.

Falciani, who refused to appear for trial in Switzerland, has been charged with industrial espionage.

A former employee of global banking major HSBC, Falciani leaked details of bank account holders in the Geneva branch of HSBC - a list which later reached the French government and subsequently was shared with India as it had names of Indians who had funds abroad.

Earlier this month, he said he was willing to "cooperate" with the Indian investigative agencies in their black money probe but would need "protection".

About the sentencing, Falciani told Indian television channel NDTV that nothing has changed and that it would not affect his collaboration with Indian authorities. He also told the channel that he would make an appeal to the European Human Rights Court.

Meanwhile, HSBC has announced shutting down of its private banking business in India that offers wealth management services.

The bank's private banking division has been mired in the black money probe after it was revealed during investigation by global journalists' collective ICIJ that more than 1,000 Indians had parked $4 billion in HSBC Geneva till 2007.

Setting off alarm bells in various jurisdictions, including India, Falciani had leaked documents that apparently revealed that HSBC's Swiss private banking arm aided over one lakh clients to evade taxes worth more than $200 billion.

Addressing media persons through Skype link on 2 November, Falciani said money was not the driving force for sharing classified data on black money and other suspect accounts.

"We are not protected ... if I am coming to India, I will be arrested," he had said, adding that people need to understand that there are not many new ways to probe and combat the menace of black money.

His claims that "a lot of information" on illicit funds is lying unused by Indian authorities were rejected by the Indian government.