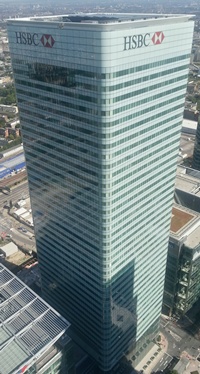 Signaling a possible disposal of some of its units, the bank hd said in February that its four problem businesses  - Brazil, Mexico, Turkey and the US - needed to be improved or sold, as part of its global drive to cut costs and sell loss-making assets.

HSBC, Europe's biggest lender has embarked on a cost cutting spree through sale of loss-making assets and massive job cuts to improve its sluggish performance. (See: HSBC to shed 50,000 jobs as it reshapes business portfolio).

In May, HSBC confirmed that it is ''exploring various strategic options for its operations in Brazil, including the potential sale thereof.'' (See: HSBC confirms possible sale of Brazil Unit).

Istanbul-based HSBC Turkey has around 300 branches and about 5,700 employees in Turkey, well behind the country's bigger lenders.

The business has been making losses in the past few years. After doubling its losses in 2013, the company posted $155 million loss in 2014 on a revenue of $791 million due to regulatory changes and cap on interest rates on credit cards and overdrafts.

"The deal is imminent. It may be finalised in the next few days," Reuters reported quoting one of the sources who declined to be identified because the information is not yet public.

HSBC as well as ING declined to comment on the matter.

Local sources believe that both banks lack scale and need to expand to survive in the Turkish market citing the dominance of private lenders such as Is Bankasi, Garanti Bankasi, Akbank and some state-owned banking majors.

According to some analysts, Turkey is a difficult market for foreign banks due to stiff competition with local lenders, and yet an attractive market for some by virtue of its young population and geographic location between Asia and Europe.

Acquisition of HSBC Turkey, the country's 12th-largest bank, will nearly double ING's $16-billion of assets in Turkey to over $30 billion and will place it on a better position to take on larger rivals.