HSBC transactions under probe in India

Income tax officials on Friday started a survey at the Mumbai office of British banking giant HSBC and served notice seeking information on alleged tax evasion by Indians having accounts with the bank. 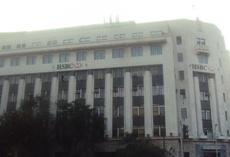 The Indian tax authorities moved in following reports that revealed a list of 1,195 Indians having accounts with HSBC's Swiss private arm with deposits of Rs 25,420 crore as of 2007.

The I-T department is reported to have sought details of its banking transactions for the last 16 years.

The Indian revenue authorities had, in 2011, turned down a proposal to carry out searches at HSBC's Indian office after the revenue secretary contended that information available with the income tax department was ''too little''.

The I-T department had sought permission to carry out searches at HSBC India, after the French government shared details of 628 Indians with accounts in HSBC Geneva.

HSBC, which is facing a multi-nation probe for "alleged tax evasion, money laundering and unlawful cross-border banking solicitation," today said it has been served notice by the Indian tax authorities.

The Special Investigation Team (SIT) appointed by Supreme Court to probe ''black money'' cases is said to have goaded the tax authorities to carry out investigations at HSBC's Indian offices. The SIT had also asked the Reserve Bank of India to share its annual inspection reports of HSBC India since 2005.

Meanwhile, a PTI report quoted the HSBC London office as saying it has been served a summons by the Indian I-T department for ''alleged tax evasion, money laundering and unlawful cross-border banking solicitation.''

Simultaneously, HSBC Global has been served ''subpoenas and requests for information'' from the US and other authorities with respect to certain US-based clients of HSBC in India, the report added.

Reports quoting revenue officials said the I-T investigators started focusing on the role of HSBC India and its officials during the final days of the UPA government.

In fact, the Central Board of Direct Tax (CBDT) had issued a circular on 17 October 2014, which said that the ''involvement of HSBC/ its officials in opening and operation of the accounts also needs to be identified and reported to the Board.''

HSBC is also reported to be under probe in countries, including Belgium, France, Switzerland and Argentina over the local operations of its Swiss private bank in connection with allegations of tax evasion or tax fraud, money laundering and unlawful cross-border banking solicitation.