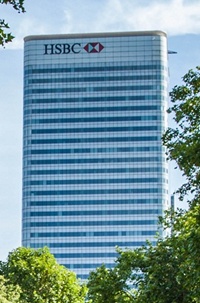 ''Meezan Bank has entered into an agreement with HSBC Bank Middle East Limited (HMBE), an indirect wholly-owned subsidiary of HSBC Holding, to acquire HSBC's Pakistan operation through a process of amalgamation," the Karachi-based lender said in a statement.

The sale comes seven months after HSBC aborted the sale of its Pakistan operations to Karachi-based JS Bank Limited, which failed to secure regulatory approvals.

Meezan Bank, the country's largest Islamic bank, said that it will convert the conventional operation of HSBC into Islamic mode.

''The amalgamation is expected to be completed during the second half of 2014, however, the deal is subject to regulatory and other relevant approvals,'' said Meezan Bank, which operates 351 branches in 103 cities.

The sale is part of chief executive Stuart Gulliver'S 2012 restructuring plans to sell non-core assets in order to cut costs and shore up the bank's balance sheet.

Under Gulliver HSBC is undertaking a major revamp of its global operations aimed at cutting costs by $3.5 billion, including steps like withdrawing from retail banking in some countries.

Last year, it sold its US credit-card business and a 195-branch network, and its Canadian retail brokerage, apart from exiting retail banking in Russia, Chile and Poland.

In February 2013, HSBC announced that it will withdraw out of retail banking in Japan and close its remaining services for individual customers and sold its US subsidiary HSBC Finance Corp's personal unsecured loan and personal homeowner loan portfolios and other assets to SpringCastle Acquisition and Newcastle Investment Corp, for $3.2 billion. (See: HSBC to sell US subsidiary HSBC Finance Corp's loan portfolio for $3.2 bn)