British banking giant HSBC Holdings plc has been ordered by a US court to pay investors $2.5 billion (£1.5 billion) in a class action lawsuit related to securities fraud by its Household International subsidiary acquired in 2002. 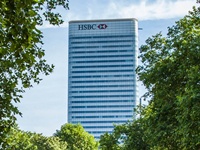 Shareholders of Household International, now HSBC Finance Corp, had filed a lawsuit in court in Illinois in 2002 alleging that Household and its three former executives of deliberately misled investors about its lending practices, the quality of its home loans and its financial accounting from March 2001 through October 2002, which led to inflating the company's share price.

The payment includes $1.48 billion in damages and $986 million in prejudgment interest.

HSBC had acquired Household International, the second-largest consumer-finance firm in the US, in November 2002 for $14 billion.

London-based HSBC said that it would appeal against the ruling. ''HSBC believes it has meritorious grounds for appeal on matters of both liability and damages and will argue on appeal that damages should be nil or a relatively insignificant amount.''

The order delivered on Friday came more than four years after a jury found Household International liable for securities fraud.

Mike Dowd, attorney for the plaintiffs, said, ''We were able to show the jury overwhelming evidence of the defendants' fraud and demonstrate how investors suffered as a result.''

The latest setback for the bank comes nearly a year after US prosecutors fined $1.9 billion following an anti-money laundering probe for having facilitated the laundering of Mexican drug money.

The record $1.9-billion fine was one of biggest ever imposed on a UK bank, adding to the shame caused by a spate of controversies that has gravely sullied the image of Britain's banking sector.

In May, angry shareholders of the banking conglomerate hauled the group's board over the coals with a range of accusations, from financing Mexican drug cartels to supporting tax havens, slashing jobs and mis-selling products.

Shareholders also hit the bank directors with charges of hunting down whistleblowers and grabbing excessive bonuses.