Axis Bank to raise Rs11,626 cr from Bain Capital, others

Axis Bank, India's third-largest private sector lender, on Friday said it would raise equity and equity-linked capital for a total of Rs11,626 crore from a clutch of investors, including entities affiliated to Bain Capital Private Equity and the bank's promoter Life Insurance Corporation of India (LIC). 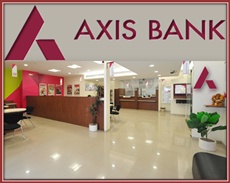 Axis bank said of the proposed Rs11,629-crore issue, instruments worth Rs6,854 crore will be allotted to entities affiliated to Bain Capital, while public sector life insurer LIC will be allotted securities worth Rs1,583 crore.

The stake sale would result in a dilution of 8.23 per cent for the existing shareholders and Bain would earn one seat on the Axis board.

The issue to Bain Capital would be the largest PE transaction in India since liberalisation.

The issue will add Rs43.6 crore to the paid-up capital of the bank, Axis Bank stated in a release.

The transaction when concluded, would improve the bank's capital adequacy ratio to 18.66 per cent from 16.32 per cent, which, Axis Bank said, will provide the impetus for the growth of the core business of the bank and its subsidiaries.

It would also be the largest PE transaction in India since liberalisation in 1991.

It was not immediately clear whether any of the capital would be used for growth. The bank has already made a lot of provisions and is gearing up to provide more as additional cases may be referred to bankruptcy courts in the coming months.

''Banking in India is at an inflection point right now. The credit growth trajectory in the country is turning. Axis is well positioned to participate in this development. This significant capitalisation of Axis Bank, and the interest shown by marquee investors, positions us for even greater strength,'' Sanjiv Misra, chairman of Axis Bank, said.

The transaction is subject to approval of the shareholders at the bank's EGM on 8 December.