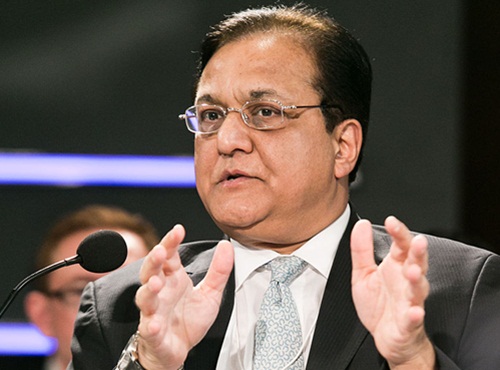 RBI cited governance and regulatory issues and directed Yes Bank to search for a successor in the interim. The central bank had, on 30 August, allowed Kapoor to continue as MD and CEO until further notice.
"Reserve Bank of India has vide letter dated September 17, 2018 received today, intimated that Shri Rana Kapoor may continue as the MD & CEO till 31 January 2019, and the Board of Directors of the Bank are scheduled to meet on September 25, 2018 to decide on the future course of action," Yes Bank said in a regulatory filing with the stock exchanges.
Kapoor’s current term ended in September. In June, the bank had approved another three year term but required RBI’s approval for the same. The regulator has asked Kapoor to continue till further notice.
While Yes Bank reported rapid growth over the last decade under Kapoor, the regulator pointed out discrepancies in the way the bank reported its bad loans. The bank had higher bad loan ratios for two consecutive years.
Kapoor’s is the second instance of RBI stalling a reappointment in a private lender after Shikha Sharma, managing director and chief executive officer of Axis Bank Ltd, was not allowed a term extension.
RBI asked the bank board to reconsider its approval prompting Sharma’s exit. She will step down on 31 December, following which, Amitabh Chaudhry of HDFC Standard Life Insurance Company Ltd. is set to take over.
Rana Kapoor, founded Yes Bank in 2003 with his brother-in-law Ashok Kapur and colleague Harkirat Singh, becoming the first to get a banking licence under RBI’s policy of allowing more private sector banks.
Rana Kapoor, Ashok Kapur and Harkirat Singh had together set up Rabo India Finance, the India arm of Netherlands-based lender Rabobank. Later all three partners sold their cumulative 25 per cent stake in the India arm to set up Yes Bank with a Rs200 crore capital.
While Harkirat Singh left the outfit due to differences among the major shareholders on who would lead the bank, Ashok Kapur tragically passed away during the Mumbai terror attack in November 2008. Since then, Kapoor has been the sole founder director to lead the bank.
Rana Kapoor also successfully fought off a challenge by his sister and Ashok Kapur’s wife Madhu Kapur who dragged him and the Yes Bank board to court in 2013, seeking more powers in nominating new board members. Since Kapoo’s promoter shareholding had been passed on to his family after his death, his wife initially sought to appoint their daughter Shagun Gogia on the bank’s board.
Kapoor and the bank’s board opposed this appointment citing lack of experience. The bank also contested that the Kapur family’s shareholding had moved to non-promoter status after the co-founder’s death.
The Kapur family later demanded that they have say in appointing new directors on the bank’s board. In 2015, the Bombay High Court ruled in favour of Kapur and Gogia, giving them powers to jointly nominate new members.
MORE REPORTS