The Central Bureau of Investigation today arrested the chairman and managing director of Syndicate Bank, Sudhir Kumar Jain, in a case of alleged bribery and violation of lending norms. 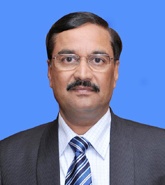 CBI arrested Jain and five others for allegedly taking bribe of Rs50 lakh and "fraudulently bypassing" rules and regulations to enhance credit limit of two companies which have been involved in a coal scam.

CBI said it had been monitoring the Syndicate Bank CMD for the last six months over allegations that Jain has been demanding a bribe to extend credit facilities to certain companies.

Acting on an internally developed intelligence, CBI said it managed to arrest him today in Bangalore.

Others arrested included Jain's brother-in-law and a chartered accountant

The agency said it raided 20 places in four cities - Bangalore, Bhopal, Mumbai and Delhi - and recovered a bribe amount of Rs50 lakh. It has also recovered several incriminating documents. Investigations are still continuing, the agency said.

Jain assumed charge as CMD of the bank on 8 July last year. He has been in the banking industry for 26 years.

"We are determined to fight corruption at high level and today's case was one such example," CBI director Ranjit Sinha said.