State Bank of India (SBI), the country’s largest lender, on Tuesday reported a net loss of Rs7,718 crore for fiscal fourth quarter ended 31 March 2018, the second consecutive quarterly loss, on the back of a spike in provisioning and bad loans. 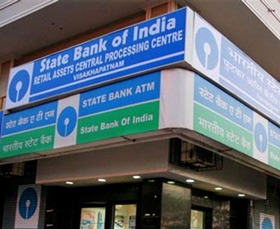 The rise in provisioning was mainly because the bank had to provide more for bad loans, the losses it incurred on trading, and for mark-to-market losses due to a rise in bond yields.
This was also the second highest quarterly loss figure reported by any bank after Punjab National Bank's Rs13,417 crore loss reported for the March quarter.
The rise in provisioning was mainly due to a surge in provisioning for bad loans (Rs24,080 crore), a Rs6,000-crore loss incurred on trading and mark-to-market losses due to a rise in bond yields.
An upward revision in wages and gratuity ceiling for employees also weighed on the lender's bottom line.
"Our bank has consciously chosen not to avail the mark-to-market loss dispensation (to spread losses across four quarters) and taken it all at once as we see bond yields rising further," SBI chairman Rajnish Kumar said during the post-results press conference.
He said SBI has provided for 56 per cent of its exposure to the first 12 companies referred to the National Company Law Tribunal (NCLT) for insolvency proceedings by the Reserve Bank of India (RBI) last year, but said he does not expect the loss to exceed 50-52 per cent of the total exposure.
SBI’s provisioning ratio was 5 per cent higher year-on-year at 66.17 per cent, and is now among the best in the industry, he added.
"As far as the recognition of NPAs is concerned, that has been completed and we are fully compliant with the framework issued by RBI on February 12," Kumar said.
SBI's gross non-performing assets (NPAs), as a percentage of loans stood at 10.91 per cent at the end of March 2018, up 56 basis points sequentially and up 180 basis points year-on-year. SBI had reported NPAs of 9.11 per cent at the end of March last year.
Net NPAs as a percentage of the bank's loan book stood at 5.73 per cent, 12 basis points higher than at the end of the December quarter (5.61 per cent), and over 42 basis points higher than at the end of March last year (5.19 per cent).
In absolute terms, gross NPAs rose to Rs2,23,000 crore from Rs1,99,000 crore at the end of December.
Fresh slippages rose to Rs33,670 crore compared to Rs25,836 crore in the previous quarter.
The bank's potential bad loans list increased to Rs25,802 crore, from around Rs10,340 crore earlier, as it now includes accounts that fall under the SMA 1 and 2 (special mentioned accounts) category, Kumar said.
For a loan to be categorised as SMA 1 and 2, the repayment of a loan has to be overdue by 30 days and 60 days, respectively.
SBI's net interest income (NII), the difference between interest earned and interest paid, grew 10.53 per cent year-on-year to Rs19,974.28 crore.
The bank's domestic net interest margin (NIM) declined 26 basis points year on year to 2.67 per cent. It was, however, marginally higher than the 2.61 per cent reported for the December quarter.
SBI’s non-interest income improved 2.23 per cent to Rs12,222 crore, backed by a 13 per cent rise in fee income.
“Improvements in NIM will come definitely as we have now provided for everything,” Kumar said.
Total advances rose 4.9 per cent driven by loans to services industry and retail loans. Auto loans rose 15 per cent while home loans grew 13 per cent. Advances to large, mid-sized corporates and SMEs inched up by 1.8 per cent.
Deposits rose 4.68 per cent. The ratio of low-cost current account and savings account (CASA) deposits improved to 45.68 per cent from 44.40 per cent in March last year.
The bank has targeted credit growth of 10 per cent in the current financial year and growth in deposits at nine per cent, focusing on CASA growth, Kumar said.
For the next financial year 2019-20 the bank projects credit growth of over than 12 per cent and NIM of more than 3 per cent with gross NPA ratio of (less than 6 per cent.
"We have put the past behind us even as the last three years have been challenging. Today, what you see is a stronger State Bank (of India) than two years ago," the SBI chief said.
"If the last year was the year of disappointment, this year is the year of hope, then FY20 will be the year of happiness," he added.
MORE REPORTS