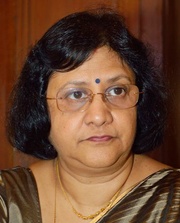 The board of directors of State Bank of India (SBI), the country's largest lender, on Thursday approved the scheme of merger of three of its five associate banks and the newly-created Bhartiya Mahila Bank (BMB), to create a banking behemoth.

As per the scheme of arrangement filed with the Bombay Stock Exchange (BSE), SBI will give 28 of its shares of Re1 each for every 10 shares held of State Bank of Bikaner and Jaipur.

SBI will give 4,42,31,510 shares of face value Re1 each, aggregating to Rs4.42 crore, for every billion equity shares of Bhartiya Mahila Bank.

Earlier in June, the government had given the go-ahead to SBI for the merger of its five associate banks and Bharatiya Mahila Bank.

With its asset base swelling to five times that of the second-largest Indian bank, ICICI Bank, the merger will see SBI's asset ranking go up in the global list of top banks.

SBI will now submit a detailed plan of merger of its associate banks.

The merger also requires the approval of the scheme by the Reserve Bank of India (RBI) and the government.