The State Bank of India is likely to negate a $1 billion loan request from Adani Enterprises for its Queensland coal project in Australia, scrapping an agreement signed last year, according to a Reuters report. 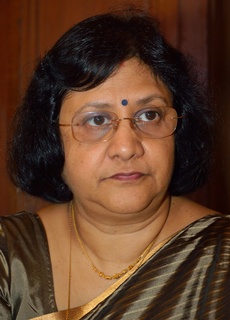 The report cited unnamed sources as saying that the state-owned SBI, India's largest bank, had not yet given Adani officials notice of the internal ruling, but the decision was now due to be communicated to the group.

A preliminary loan deal struck in November, and signed during the visit to Australia by Prime Minister Narendra Modi, had caused uproar in India. Opposition leaders had criticised the record loan to a group whose founder is perceived as close to Modi.

SBI, which like all public sector banks is under pressure to reduce its bad debts, said at the time that the signed deal was simply a memorandum of understanding. It would, it said, complete proper due diligence and a project appraisal before giving out any cash.

"The credit guys are not comfortable with the project," said one of the sources. "Nothing is moving on that project."

A second source said on Friday that SBI weighed factors, including poor coal prices and the lengthy timeline of the $7 billion coal project, before turning down the loan request. Many Queensland coal mines are running at a loss.

Adani's Australian project has also been hit by political and environmental opposition, amid protests over the potential impact to the Great Barrier Reef. Adani has said it met a string of environmental conditions.

"It is a challenging project," said the second source. "The bank has to look at foreign exchange risk also."

While the final decision has been keenly awaited, few in the industry had expected the SBI to press ahead with what would have been the largest ever loan granted by an Indian state bank for an overseas project.

But the confirmation brought relief to some investors at a time when India's state banks are under pressure to clean up their balance sheets and to carry out tougher due diligence after years of profligate lending.

"The assumptions of when Adani bought the project are simply not valid any more, due to the coal price slump," said UR Bhat, managing director at Dalton Capital in Mumbai.

A separate source with knowledge of the loan said Adani, which had more than $11 billion of debt on its balance sheet at the end of September, had been expecting a "no" from SBI and had already begun talks with other lenders. "They knew things would not go their way .... There was always a plan B, and now plan B is activated," that source said.

SBI and Adani did not respond to requests for comment.