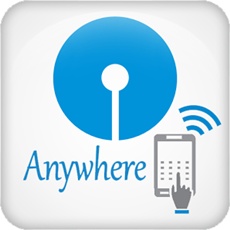 The SBI user base for mobile banking is around 4.5 per cent of its total retail customer base, and customers can use it on any mobile handset.

The SBI expects the user base to reach around 10-12 per cent of the total retail customer base within two years, and up to 35 per cent within three-to-five years, the bank said in Mumbai responding to the RBI data.

"India has just witnessed the launch of message banking. We are confident that once this is understood by people, there will be an explosion of banking activities in the mobile space. This is what the future of banking holds," said SBI chairperson Arundhati Bhattacharya.

She added that mobile banking will play a large part in the role of the proposed payment banks with which the SBI plans to have tie-ups.

SBI has been aggressive about migration of customers to direct channels, with mobile banking services forming an important component of the strategy, Bhattacharya said.

As of now, customers can access SBI through 'State Bank Anywhere', its Smartphone App, which is integrated with internet banking, besides 'State Bank Freedom', which works on ordinary handsets.

The promotion of the alternative channels also helps decongest bank branches with the recent launch of over 15 million new bank accounts under the Prime Minister`s Jan Dhan Yojana scheme.

The 208-year-old SBI is the largest commercial bank in the country, in which the government holds 58.60 per cent stake.

The State Bank Group includes SBI and five associate banks, with over 20,000 branches in India and 190 branches in 36 foreign countries.