According to a complaint, filed with the Economic Offences Wing (EOW) of the Mumbai police on Monday, the bank's management concealed non-performing assets and continued to disburse loans causing a loss of around Rs4,355 crore. 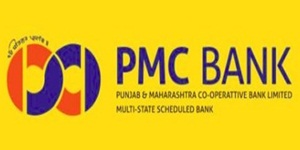 The complaint names the bank's chairman Waryam Singh and its managing director Joy Thomas, along with other bank officials, and accuses them of criminal breach of trust, forgery and falsification of records.
Punjab and Maharashtra Co-operative Bank used more than 21,000 fictitious accounts to hide loans it made, in the latest banking fraud case that spooked depositors and investors, the complaint said, adding that a single realty firm and its group companies were the beneficiaries of 44 such loans.
The fictitious loan accounts were not entered into the bank's core banking system, the complaint pointed out.
"The actual financial position of the bank was camouflaged, and the bank deceptively reflected a rosy picture of its financial parameters," said the complaint
While the two accused of loan default, have been arrested, former Mumbai MP Kirit Somaiya said the EOW will also arrest PMC Bank's former chairman Waryam Singh and former MD Joy Thomas.
Also, the apex body of chartered accountants, ICAI, has sought information from the RBI and other authorities on the PMC Bank crisis to check whether any auditor was involved in the alleged financial irregularities at the lender.
Taking note of the "enormity of the matter", the ICAI on Wednesday said it has triggered its disciplinary mechanism and has written to the bank as well as regulatory agencies concerned.
The Institute of Chartered Accountants of India (ICAI) has written to the Vigilance Department of the RBI and the Commissioner of Maharashtra Co-operative Societies.
In a statement, the institute said it has sought requisite details of their findings as well as that of any "member/firm alleged to be involved in the matter.
MORE REPORTS