The Reserve Bank of India (RBI) has ruled out any relaxation in the rules for risk weights and capital requirement for Indian banks, saying that any relaxation in current risk-adjusted weights could hurt the economy at a time when defaults are high and provisions low. 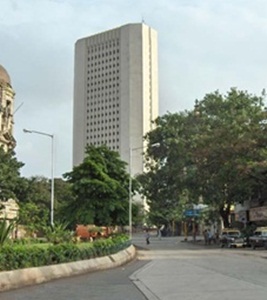 The central bank, however, announced its intention to revise existing prudential regulations for banks by revisiting exposure and investment guidelines, and the existing risk management framework.
In its Trends and Progress report published on Friday, RBI noted that the overhang of stressed assets weighed down the consolidated balance sheet of the banking sector, necessitating large provisions, which adversely affected their profitability during 2017-18. Applying Basel-specified risk weights will understate the “true riskiness” of loans on the books of these banks, it said justifying the higher than Basel-recommended capital adequacy norms for Indian banks.
While recent data for the first half of fiscal 2018-19 indicated a stabilisation in non-performing assets (NPAs), this is at an elevated level and capital positions stands buffered and the provision coverage ratio has improved, RBI noted.
“The case for a recalibration of risk-weights or minimum capital requirements would need to be carefully assessed—frontloading of regulatory relaxations before the structural reforms fully set in and conclusive evidence on sustained improvement in CDRs (cumulative default rates) and LGDs (loss given default) is observed could be detrimental to the interests of the economy,” said the report.
The RBI statement follows calls by the government for aligning the capital adequacy norms of Indian banks with those of Basel III to allow Indian banks to lend more.
This had become a bone of contention between the RBI and the government, with the latter initiating discussions under Section 7 of the RBI Act.
“The year 2017-18 can be considered a watershed in the resolution of stressed assets as the foundation of a new, comprehensive, decisive and credible framework was laid and built upon through the Reserve Bank’s circular dated February 12, 2018 under the overarching mandate of the Insolvency and Bankruptcy Code (IBC).
“The revival in credit growth in 2017-18, from the deceleration in the previous year, coupled with improving share of bank finance in the total flow of resources to the commercial sector, augurs well for the growth prospects of the banking sector. The continuing credit growth recovery in 2018-19 (up to October 2018) may further reinforce this momentum.
“The Reserve Bank took steps to progressively align the liquidity risk management practices of the Indian banking system with international standards. Further, commercial banks were allowed to co-originate priority sector loans with non-deposit taking systemically important non-banking financial companies (NBFCs-ND-SI) to enhance the efficiency of credit delivery to priority sectors”, says the RBI report.
The central bank also spoke of ways to address the deficiencies in the cooperative banking sector and the de-growth in the consolidated balance sheet of urban co-operative banks (UCBs) in 2017–18 on account of slower deposit growth, resulting mainly from the demonetisation drive.
“While the overall profitability of these banks moderated, their asset quality improved. The eligible UCBs are now allowed to transit to small finance banks (SFBs), which would enable them to carry out a wider range of activities and also have a pan-India presence.”
The performance of rural co-operatives showed some improvement with improved NPA ratios and profitability of state co-operative banks, whereas the performance of district central co-operative banks (DCCBs) deteriorated, RBI stated.
On the non-banking finance sector, RBI noted that the balance sheets of NBFCs, especially that of companies that provide loan finance (NBFCs-Loan Companies), have been growing manifold against the backdrop of relative decline in their cost of lending vis-à-vis banks and subdued credit growth of scheduled commercial banks (SCBs) in the previous three years. The consolidated balance sheet of NBFCs expanded in 2017-18 and during the first half of 2018-19. The profitability of NBFCs improved on account of fund-based income, relatively lower NPA levels and strong capital position. The recent concerns about some NBFCs are being proactively addressed, it added.
The report flags major challenges that are likely to shape the outlook for the financial sector in India, which include:
MORE REPORTS