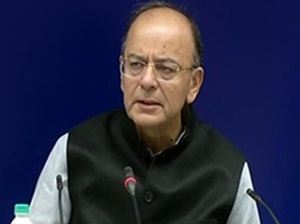 “The central bank looked the other way when banks gave loans indiscriminately during 2008 to 2014,” Jaitley said while speaking at an event in New Delhi.
Tensions between the finance ministry and the RBI have risen since the bank’s deputy governor said in a speech on Friday that undermining a central bank’s independence could be “potentially catastrophic”, in an indication that it is pushing back hard against government pressure to relax its policies and reduce its powers.
The finance minister and central bank governor will face each other at a scheduled meeting of the Financial Stability and Development Council (FSDC) amidst tension over the RBI’s push for preserving its autonomy.
Jaitley will chair a regular meeting of the FSDC, a high-level panel of financial market regulators, which RBI governor Urjit Patel will also be attending.
RBI has been pushing for more powers to clean up a banking system that’s saddled with bad debts, accumulated over the years as successive governments continued to pamper voters with free loans and loan waivers.
Viral Acharya, deputy governor of RBI, was more outspoken when he said on Friday that the central bank is a long-term, rather permanent, institution, and that it has to go by laid down norms unlike governments that remain in power for a 5-year term.
Acharya gave a frank speech defending the independence of the central bank, saying its autonomy would be strengthened by having regulatory control over state-run banks and other financial sector players and intermediaries.
However, with elections looming next year, Prime Minister Narendra Modi’s government is keen to ensure banks continue lending as risks from rising oil prices and a currency slump curb prospects for Asia’s third-largest economy.
Former finance minister Palaniappan Chidambaram, meanwhile, urged the government and the RBI to work out their differences behind closed doors rather than publicly.
“It will be best if the RBI and the government don’t talk across each other through lectures,” Chidambaram told reporters. “It might be better if the time-honored practice of the finance minister and the governor of the RBI meeting often in private and talking issues.”
The financial stability council must also deal with the fallout after the Infrastructure Leasing and Finance Service (IL&FS), a systemically-important non-banking finance company, defaulted on its debt payments, raising the risk of contagion in the economy.
MORE REPORTS