The Monetary Policy Committee (MPC) of the Reserve Bank of India at its meeting today decided to keep the policy repo rate under the liquidity adjustment facility (LAF) unchanged at 6.0 per cent. 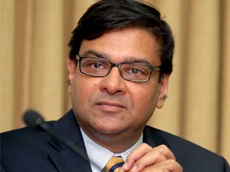 Consequently, the reverse repo rate under the LAF remains at 5.75 per cent, and the marginal standing facility (MSF) rate and the Bank Rate at 6.25 per cent.

RBI said the decision has been taken on the basis of an assessment of the current and evolving macroeconomic situation and is consistent with a neutral stance of monetary policy in consonance with the objective of achieving the medium-term target for consumer price index (CPI) inflation of 4 per cent within a band of +/- 2 per cent, while supporting growth.

The MPC estimated that the growth in real gross value addition (GVA), which slowed significantly in Q1 of 2017-18, has been cushioned partly by the extensive front-loading of expenditure by the central government.

The MPC's stance is that while there are concerns with GDP growth sliding down to a thirteen-quarter low of 5.7 per cent in the first quarter of fiscal 2018, a large part of the slowdown is expected to be transitory.

Though this does bring down our full-year GDP growth estimate to 7 per cent (from 7.4 per cent earlier, and also below the fiscal 2017 estimate of 7.1 per cent), the economy will grind up over the next few quarters as the impact of demonetisation and destocking due to GST implementation wears off.

RBI has cut its end-March projection for gross value added - the indicator of economic growth it prefers - to 6.7 per cent from its previous forecast of 7.3 per cent.

GVA growth in agriculture and allied activities slackened quarter-on-quarter in the usual first quarter moderation, partly reflecting deceleration in the growth of livestock products, forestry and fisheries. Industrial sector GVA growth fell sequentially as well as on a y-o-y basis.

The manufacturing sector – the dominant component of industrial GVA – grew by

The mining sector, which showed signs of improvement in the second half of 2016-17, entered into contraction mode again in Q1 of 2017-18, on account of a decline in coal production and subdued crude oil production.

Service sector performance, however, improved markedly, supported mainly by trade, hotels, transport and communication, which bounced back after a persistent slowdown throughout 2016-17.

Construction picked up pace after contracting in Q4 of 2016-17.

Financial, real estate and professional services turned around from their lacklustre performance in the second half of 2016-17.

Of the constituents of aggregate demand, growth in private consumption expenditure was at a six-quarter low in Q1 of 2017-18.

Gross fixed capital formation exhibited a modest recovery in Q1 in contrast to a contraction in the preceding quarter.

RBI noted that since the MPC's meeting in August 2017, global economic activity has strengthened further and become broad-based. With demand rising in advanced economies (AEs), especially the US economy, which continued to expand with revised Q2 GDP growing at its strongest pace in more than two years, supported by robust consumer spending and business fixed investment.

In the Euro area, the economic recovery gained further traction and spread, underpinned by domestic demand. While private consumption benefited from employment gains, investment rose on the back of favourable financing conditions.