Reserve Bank of India (RBI) has decided to expand the current two-member oversights committee to include more members so that the committee can constitute the requisite benches to deal with the volume of cases referred to it. 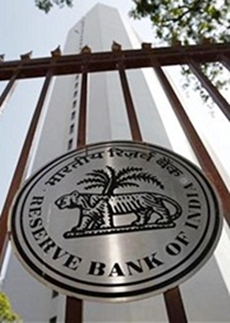 The current oversights committee has been constituted by the Indian Banks Association (IBA) in consultation with the Reserve Bank. While the two members will continue on the committee, RBI will reconstitute the committee with a few more members.

Also, the Reserve Bank is planning to expand the scope of cases to be referred to the OC beyond those under S4A as required currently.

RBI said it "is working on a framework to facilitate an objective and consistent decision making process with regard to cases that may be determined for reference for resolution under the IBC."

The central bank said it has already sought information on the current status of the large stressed assets from the banks. RBI would also constitute a committee mostly comprising of its independent board members to advise it in this matter.

The current guidelines on restructuring of stressed loans are under examination for such modifications as may be necessary to resolve the large stressed assets in the banking system in a value optimising manner.

RBI also envisages an important role for the credit rating agencies in the scheme of things and, with a view to preventing rating-shopping or any conflict of interest, is exploring the feasibility of rating assignments being determined by the Reserve Bank itself and paid for from a fund to be created out of contribution from the banks and the Reserve Bank.

However, RBI said, the proper exercise of the enhanced empowerment would require better coordination with all stakeholders, including banks, ARCs, rating agencies, IBBI and PE firms. The Reserve Bank would be holding meetings in the near future with these stakeholders.

Soon after the passage of the ordinance, the RBI recently made substantial changes in the norms for dealing with stressed loans and warned banks that they will be penalised for missing NPA resolution timeline. The number of creditors by value for consent for NPA resolution has been brought down to 60 per cent from the earlier 75 per cent. The ordinance has given wide-ranging legislative powers to the RBI to issue directions to lenders to initiate insolvency proceedings for the recovery of bad loans.

The RBI had said that a corrective action plan could include flexible restructuring, strategic debt restructuring (SDR) and S4A. With a view to facilitating decision making in the Joint Lenders Forum (JLF), consent required for approval of a proposal was changed to 60 per cent by value instead of 75 per cent earlier, while keeping that by number at 50 per cent.

"Banks who were in the minority on the proposal approved by the JLF are required to either exit by complying with the substitution rules within the stipulated time or adhere to the decision of the JLF. Participating banks have been mandated to implement the decision of JLF without any additional conditionality," the RBI said. The boards of banks were advised to empower their executives to implement JLF decisions without further reference to them.