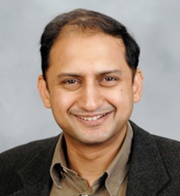 With a sixth of all public sector bank advances in a stressed condition and bad assets of banks in worst shape approaching 20 per cent of their outstanding credit, there is an urgent need to address the issue of non-performing assets, RBI deputy governor Viral V Acharya, said.

He said since the Reserve Bank of India (RBI) initiated the Asset Quality Review of banks in the second half of 2015, it appears that possibly up to a sixth of public sector banks' gross advances are stressed (non-performing, restructured or written-off), and a significant majority of these are in fact non-performing assets (NPAs).

Addressing an awards function at the Indian Banks Association, he said that while technology or ''Fin Tech'' is taking banking and intermediation into unchartered territories, there is a certain urgency about the need and possible ways to decisively resolve Indian banks' stressed assets.

For banks in the worst shape, the share of assets under stress has approached or exceeded 20 per cent, he said.

This estimate of stressed assets has doubled from 2013 in terms of what had been recognised by banks.

Citing previous research reports, including his own, Acharya said there has been a continuous erosion in price-to-book ratios of bank equity and that many assets ''parked'' by banks under the Corporate Debt Restructuring cell were severely stressed. These assets were deserving of advance capital provisioning against future recognition as NPAs.

While the Asset Quality Review has taken a massive stride forward in bringing the scale of this problem out in the open and stirring a public debate about it, he said, relatively little has been achieved in resolving the underlying assets to which banks had lent.

RBI, he said, has offered several resolution mechanisms and frameworks to banks to get this going, but the progress has been painfully slow. ''Most of the assets remain laden with such high levels of bank debt that their interest coverage ratio is lower than one; they have little or no capacity to raise funding for working capital and capital expenditures, or to attract private investors to turn them around.

''Original promoters - who rarely put in any financing and primarily provide sweat equity - have had somewhat of a field day, facing limited dilution, if any, of their initial stakes nor much of a threat of being outright replaced.

''There is a connection between these two outcomes – the lack of a comprehensive recognition of stressed assets by banks and the absence of any resolution. Both stem from the structure of incentives at our banks and the fact that stressed assets have been an outcome of excessive bank lending, en masse, in a relatively short period from 2009 to 2012, and to a concentrated set of large firms in a number of sectors such as infrastructure, power, telecom, metals (iron and steel, in particular), engineering-procurement-construction (EPC), and textiles,'' he said.

"I believe we are at a crossroads and have an important choice to make," Acharya said.

"We simply don't, as a society, have any excuse or moral liberty to let the banking sector wounds fester and result in amputation of healthier parts of the economy."

Speaking to the media later, Acharya said the RBI had not yet decided on specific measures for lenders or discussed the current proposals with government or bank officials.

Among the potential solutions suggested by Acharya were the creation of private asset management companies, or private equity type companies, that would raise private funds and help buy up and restructure the bad debt, forcing haircuts by banks and creditors if necessary.

Banks would first need to identify their 50 largest stressed exposures by 31 December 2017 and the rest by mid-year 2018, Acharya proposed.

Under a second model proposed by Acharya, India's government could create a national asset management company, or a "quasi-government" entity, in charge of buying up and restructuring debt in debt-laden sectors such as power.

This entity could hold bad assets, raise debt to pay off banks, although with haircuts, and bring in private managers to turn around the assets, Acharya suggested.