The Reserve Bank of India (RBI) has rolled back an order restricting deposits of over Rs5,000 in demonetised rupee bills into KYC-compliant bank accounts to once, amidst a hue and cry over the new restriction imposed on such deposits ahead of the 30 December deadline. 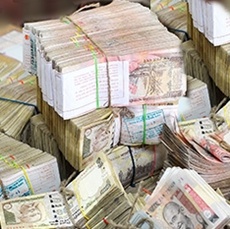 The central bank said that on a review of its 19 December notification, it is advising banks to withdraw the two conditions for fully KYC-compliant accounts.

However, the question whether multiple deposits can be made till 30 December that many with huge cash hoards are asking for, remains unanswered.

RBI had on Monday announced that deposits of demonetised Rs500 and Rs1,000 notes in excess of Rs5,000 will be allowed only once till 30 December,  that too after strict scrutiny (See: RBI limits old note deposits of over Rs5,000 to once till 30 Dec). Finance minister Arun Jaitley, however, had come out with a statement on Monday night that the one-time deposit of over Rs5,000 allowed till 30 December will not invite scrutiny by bank officials.

According to the earlier notification, when a person deposits over Rs 5,000 in withdrawn currencies, the account will be credited only after questioning him or her, in the presence of two bank officials, as to why the notes had not been deposited earlier. The bankers were to keep the explanatory statement on record for a future audit trail.

The RBI notification on Monday stated that it has reviewed the provisions dealing with credit of the value of SBNs into bank accounts and has decided to place certain restrictions on deposits of SBNs into bank accounts while encouraging the deposits of the same under the `Taxation and Investment Regime for the Pradhan Mantri Garib Kalyan Yojana, 2016.

''Tenders of SBNs in excess of Rs5,000 into a bank account will be received for credit only once during the remaining period till December 30, 2016. The credit in such cases shall be afforded only after questioning tenderer, on record, in the presence of at least two officials of the bank, as to why this could not be deposited earlier and receiving a satisfactory explanation. The explanation should be kept on record to facilitate an audit trail at a later stage. An appropriate flag also should be raised in CBS to that effect so that no more tenders are allowed.

''Tenders of SBNs up to Rs5,000 in value received across the counter will allowed to be credited to bank accounts in the normal course until December 30, 2016. Even when tenders smaller than Rs5,000 are made in an account and such tenders taken together on cumulative basis exceed Rs5,000 they may be subject to the procedure to be followed in case of tenders above Rs5,000, with no more tenders being allowed thereafter until December 30, 2016.

''It may also be ensured that full value of tenders of SBNs in excess of Rs5,000 shall be credited to only KYC compliant accounts and if the accounts are not KYC compliant credits may be restricted up to Rs50,000 subject to the conditions governing the conduct of such accounts.''

RBI also said these restrictions will not apply to tenders of SBNs for the purpose of deposits under the Taxation and Investment Regime for the Pradhan Mantri Garib Kalyan Yojana, 2016.

''The equivalent value of specified bank notes tendered may be credited to an account maintained by the tenderer at any bank in accordance with standard banking procedure and on production of valid proof of Identity.

''The equivalent value of specified bank notes tendered may be credited to a third party account, provided specific authorisation therefor accorded by the third party is presented to the bank, following standard banking procedure and on production of valid proof of identity of the person actually tendering,'' RBI had stated in the 19 December notification.

The decision created confusion, when Jaitley contradicted the RBI notification, saying people will not be questioned if any amount of old currency is deposited in one go, but repeated deposits may provoke queries (Deposit of banned notes in one go to help avoid confusion, says Jaitley). Opposition parties attacked the move saying  queues outside banks across the country are getting longer as people try to get rid of their old notes.

It has now turned into a hide and seek game between the monetary authorities and black money holders looking for fresh loopholes in the system to launder their hidden cash.