Reserve Bank of India, which granted tentative approval to 11 entities for setting up payments banks (See: RBI allows India Post, 10 other entities to set up payments banks), is now focused on the issue of small finance bank licences, which is likely by next month. 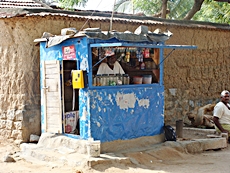 The payments bank would be allowed to provide payments and remittance services, but cannot issue credit cards or accept deposits beyond Rs1 lakh. They can issue ATM and debit cards and also distribute mutual fund and insurance products.

Governor Raghuram Rajan, meanwhile, allayed fears that the new banks will eat into the business of existing banks. Rather, he said, new entities would serve as 'feeder' for the universal banks.

Rajan said introduction of payments bank will revolutionise banking, make it very exciting for customers and existing lenders will have to improve service to retain depositors.

''I've no doubt banking will become very competitive and universal banks have to provide full service to retain customers,'' Rajan said during a chat with SBI Chairman Arundhati Bhattacharya at the conference organised by the country's largest lender.

Introduction of payments bank will make banking ''exciting'' for the customers, Rajan said.

Rajan further said there is a pick-up in the economy and the rural economy may also see an uptrend if monsoon improves and sowing is good.

He also raised questions on the true strength of Chinese economy and said India shouldn't be concerned if yuan depreciation holds at current levels.

On the banking sector's bad debt problems, Rajan said the NPAs covered under credit guarantee trust for medium and small enterprises were high.

Besides, small companies were facing liquidity problem due to non-payment of bills, including those by the government.

At the event, Bhattacharya said that the stress level in mid-corporate banking segment was coming down.