RBI eases norms for home loans up to Rs30 lakh

The announcement is in pursuance of the annual credit policy announcement made by the Reserve bank governor Y V Reddy on April 29.

"It has been decided to enhance the limit of Rs20 lakh to Rs30 lakh in respect of bank loans for housing in terms of applicability of risk weights for capital adequacy purposes. Accordingly, such loans will carry a risk weight of 50 per cent," Reddy had said in his policy announcement. 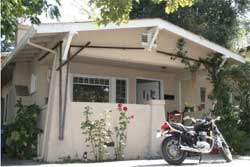 The changes in risk provisioning norms have been made in order to take care of the growing property rates, mainly in the urban centers.

Whereas banks are required to keep nine per cent of the specified portion of the loan amount as capital as per Basel II norms, for housing loans of up to Rs30 lakh, the risk provisioning norm would apply for the 50 per cent of the loan value against 75 per cent earlier.

For housing loans exceeding Rs30 lakh, banks would have to make a risk provisioning on 75 per cent of the loan amount.

The move would help banks find additional resources for lending to the housing sector.

It is also unlikely that increased lending to the housing sector will have any big impact on annual inflation rate in the country.

The annual rate of inflation in India rose to 7.83 per cent in the week ended May 3 from 7.61 per cent in the previous week. Much of this has been attributed to rising food prices and any impact of an increase in money flow to the housing sector will only have an indirect and marginal impact on inflation.