US court allows PNB to summon Nirav Modi, others over US asset sale 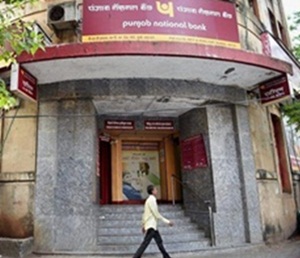 Apart from Nirav Modi, the main accused in the Rs13,600-crore loan fraud, the court allowed PNB to issue subpoenas to his associate and former Firestar Inc president Mihir Bhansali and his wife Rakhi.
The US court has also recognised the claim of Punjab National Bank on proceeds of any asset sold by the US debtors of the Nirav Modi entities — Firestar Diamond Inc, Fantasy Inc and A Jaffe.
"PNB is hereby authorised to issue subpoenas and compel (i) the oral examination, under oath, of Mihir Bhansali, Rahki Bhansali and Nirav Modi," reads the court order, which was accessed by India Today.
The order also authorises PNB to collect of documents from these individuals and others such as Ajay Gandhi and Kunal Patel, the senior financial officials of the Nirav Modi entities in the US.
PNB may serve the subpoena through Modi's counsels and his last-known email ID, as per law. Modi, however, has the right to object to the subpoena and seek extension for his oral examination.
PNB hopes that once it gets hold of these documents and emails, it would be possible to establish a direct link between the fraud and the three companies - Firestar Diamond Inc, Fantasy Inc and A Jaffe, which had filed for bankruptcy after the loan scam broke out in India.
PNB and the ministry of external affairs had challenged the move by these companies claiming damages.
In June, PNB had asked Modi to be called as witness under Chapter 11 of the bankruptcy case alleging that Modi has information about the fraud and his US companies had benefitted from the scam.
Meanwhile, the Antigua government has said it would consider 'legitimate request' from India to send back Mehul Choksi, Nirav Modi’s uncle and part of the bank scam, who was granted citizenship of Antigua two weeks before CBI filed case.
MORE REPORTS