More reports on: In the news, Banks general, Management - general

The board of ICICI Bank at its meeting on Monday decided to appoint ICICI Prudential Life CEO Sandeep Bakhshi as chief operating officer (COO) of ICICI Bank and retain CEO Chanda Kochhar who is facing an inquiry into whistle-blower allegations of misconduct. 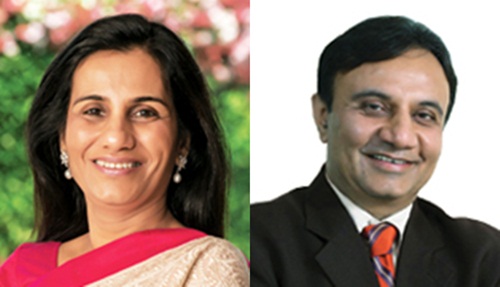 The lender’s board also recommended the appointment of NS Kannan, currently an executive director at ICICI bank, as MD and CEO of ICICI Prudential Life Insurance Company.
Kochhar, managing director and CEO of the bank, however, will stay on leave till the probe committee completes inquiry into allegations of corporate misconduct and exchange of favours in sanctioning of loans.
Sandeep Bakhshi, who is the chief of ICICI Prudential Life Insurance, has been appointed whole-time director and chief operating officer of ICICI Bank. He will report to Chanda Kochhar, who remains MD and CEO until and unless she is found guilty of misconduct and removed from office.
Kochhar will continue to remain the MD and CEO but has decided to go on leave until the internal enquiry against her is completed, in what the bank described as the “highest levels of governance and corporate standards”.
“Bakhshi will report to Chanda Kochhar, who will continue in her role as MD & CEO of ICICI Bank,” said the bank in a regulatory filing with bourses, adding that during her period of leave, the COO-designate would report to the Board.
As COO, Bakhshi will be handling all businesses and corporate centre functions at ICICI Bank, and all executive directors on the board and the executive management will report to him.
He will have a term of five years as COO at the bank. He will assume his new role from today, subject to regulatory and other approvals.
Bakhshi had served as deputy managing director of ICICI Bank before moving to ICICI Prudential Life Insurance in August 2010.
The board also approved the appointment of retired Supreme Court judge Justice BN Srikrishna as the head of the internal probe panel that will look into complaints against Kochhar.
ICICI Bank had earlier tried to shield the CEO from the allegations levelled against her by an anonymous whistle-blower. But, with pressure mounting on Kochhar to either step down or recuse herself from the daily operations of the bank, the board decided to order an internal enquiry, claiming it as the “highest levels of governance and corporate standards”.
Srikrishna will investigate whether Kochhar violated the bank's code in sanctioning a loan of Rs3,250 crore to Videocon group in 2012.
Chanda Kochhar was on the credit committee of ICICI Bank that sanctioned the credit. It was alleged that Videocon chairman Venugopal Dhoot, a friend of her husband Deepak Kochhar, invested Rs80 crore in NuPower Renewables promoted by Deepak Kochhar.
It was alleged that she did not disclose business dealings of her husband Deepak Kochhar with the Dhoots of Videocon.
Dhoot subsequently transferred his stake in NuPower to firms controlled by him or his associates until it was finally transferred to a trust controlled by Deepak Kochhar in 2013, for a token amount.
MORE REPORTS