ICICI Bank, the country's largest private sector lender, has reported a 25 per cent fall in net profit at Rs2,232 crore in the April-June 2016-17 quarter against Rs2,976 crore in the same quarter a year ago. 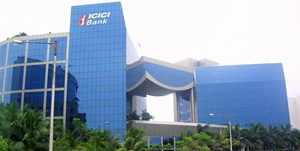 Net interest income (NII), or the difference between interest earned on loans and that spent on deposits, rose marginally by 0.85 per cent from last year to Rs5,158.52 crore. Domestic advances grew 17 per cent year-on-year to Rs4,49,427 crore.

Net interest margin fell to 3.16 per cent from 3.37 per cent at the end of the previous quarter.

''As companies get downgraded to non-performing assets, we stop accruing income from them. This impacts the net interest income and the net interest margin,'' said Chanda Kochhar, managing director and chief executive officer of ICICI Bank, in an earnings call.

Other income, mainly led by retail fees, increased by 15 per cent to Rs3,429 crore.

The bank expects strain on margins and its net interest income to continue for some time.

ICICI said pressure on asset quality continues to persist and gross bad loans as a percentage of total loans were 5.87 per cent in the June quarter, marginally higher compared with 5.82 per cent in the previous quarter.

This credit monitoring group will be working with the wholesale banking and the SME customer base to use data and analytics to improve the recovery process and stem the rise in bad loans.

ICICI Bank noted that the worsening of asset quality mostly emanated from its core sector lending. Out of a total exposure of Rs44,000 crore to iron and steel, power, mining, rigs and cement sectors in the previous quarter, the bank now expects 76 per cent of the Rs8,249 crore slippages to come from.

At the end of the first quarter, the bank said about Rs38,723 crore of loans under scrutiny.

In the January-March quarter, the bank had also created a contingency reserve of Rs3,600 crore. The bank has utilized Rs865.44 crore of this reserve in the June-ended quarter.

The management hasn't given any guidance on margins but said that they expect the pressure on margins to continue.

However, the bank said it remains well capitalised with a capital adequacy ratio of 16.45 per cent. Going ahead, the management expects to unlock value in its subsidiaries.