Deutsche Bank yesterday agreed to sell its luxury casino resort The Cosmopolitan in Las Vegas to US private equity firm Blackstone Group for $1.73 billion in cash. 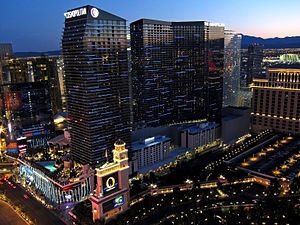 Deutsche Bank acquired The Cosmopolitan during the global financial crisis in 2008 after its previous owner Ian Bruce Eichner defaulted on a $760 million loan during construction.

The Frankfurt-based bank spent about $4 billion to complete the casino complex and has till date not made a profit.

''The sale will have a net positive impact on the Bank's CRD4 pro-forma fully loaded common equity tier 1 ratio of approximately five basis points upon closing of the transaction,'' Deutsche Bank said in a statement.

''As part of our Strategy 2015+, the bank is committed to reducing its non-core legacy positions in a capital efficient manner which benefits shareholders,'' said, Pius Sprenger, head of Deutsche Bank's non-core operations unit. ''We are pleased to have agreed to this sale and to have delivered on our commitment.''

New York-based Blackstone, which has no experience in running a casino resort, said that as a significant investor in the hospitality sector, it recognises the value and potential in the Cosmopolitan and Las Vegas.