The finance ministry has ordered a forensic audit at two Mumbai branches of state-run Dena Bank and Oriental Bank of Commerce following reports of misappropriation of funds of a total Rs436 crore at the branches. 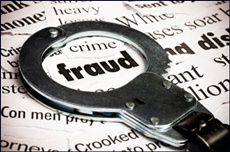 The Dena Bank branch manager allegedly mobilised FDs to the tune of Rs256.5 crore from various entities but the funds were surreptitiously taken out of the bank through a fake overdraft facility, while in the case of OBC, the branch is reported to have collected FDs of Rs180 crore without issuing receipts.

Dena Bank on Wednesday said it has suspended an ''erring branch manager'' at its Malabar Hill branch in Mumbai and has transferred some staff for conducting irregularities in the handling of fixed deposits.

The bank admitted that some of its branch level employees have committed financial fraud by creating fake overdraft facilities.

The bank has lodged a complaint with the Central Bureau of Investigation (CBI) in this regard, it said in a communication to exchanges.

According to the communique, the Malabar Hill branch of the bank received bulk term deposits from various entities and government organisations between 30 January 2014 and 5 May 2014.

''Subsequently, term deposits amounting to Rs256.69 crore were pledged to the bank by the same signatories to obtain overdraft facilities of Rs223.25 crore. The funds were surreptitiously transferred out of the bank by creating fake overdraft facility, resulting in a fraud on the Bank and the concerned entities/government organizations,'' the communication added.

In the case of Oriental Bank of Commerce, the depositor, a government department, did not ask for a receipt for 20 days while the branch manager allegedly told the depositor that he was negotiating the rate of interest with the top management. This dragged on until the manager managed to siphon off the monies. OBC managed to recover Rs110 crore while the remaining Rs70 crore is yet to be recovered.

The branch manager, who was not even authorised to accept such a large deposit, is now behind bars, while Oriental Bank is facing a forensic audit initiated by the finance ministry.

"When the alert came to us, we alerted all the banks where the money had flown and we could recover Rs110 crore. The remaining Rs70 crore is still to be recovered," Bansal added.

''The persons who are responsible are being taken to task, some disciplinary action is being taken and there are also some suspensions, some transfersThe investigation is on and further action will be taken based on that,'' finance secretary GS Sandhu said on the sidelines of a Real Estate and Banking conclave

''These are instances which have happened at the lower/branch level because of lack of due diligence and non-adherance to the norms or proceduresSo (it is) not fair to term the entire banking system or the individual bank going in that direction'' he added.

The branch manager of Dena Bank at Malabr hill is reported to have mobilised fixed deposits to the tune of Rs256.5 crore from seven corporates, using middlemen. Once the FDs were raised, fake fixed deposit receipts (FDRs) were sent to the organisations. The bank retained the original FDR. Loans were sanctioned against the original FDRs to some other orgnisations that the middlemen proposed. Loans are then disbursed in the third party accounts of these organisations.

This scam was detected a month back.

Sandhu said the finance ministry is looking at various steps, including strengthening of risk management, appointment of bank chiefs for longer tenures, separation of posts and better quality of nominee and independent directors to derisk banking operations.

The move comes in the wake of the recent arrest of Syndicate Bank CMD Sudhir Kumar Jain by the CBI in a Rs50-lakh bribery case involving Bhushan Steel.

Sandhu said, ''The most important part is strengthening of risk management. We are going to make it mandatory for all the senior officers in banks for officers of DGM (Deputy General Manager) or GM levels to undergo a compulsory risk management course before they are considered for their promotions for higher postsWe have already started work on this through some expert agencies.''

The RBI deputy governor SS Mundra said, "There are instances of individual failures. We would look into it. The regulations are robust enough and such failures happen because regulations are not followed. We will continue to bring more sensitivity to the issue and take punitive action where necessary."