Government will have to more than double its proposed investments in state-run banks as new and emerging corporate frauds threaten to sink public sector lenders deeper into the red. 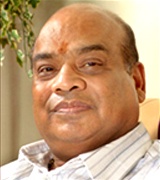 The centre over the years has pumped around Rs1,15,000 crore in the form of equity between 2010-11 and 2016-17 into state-run banks while finance minister Arun Jaitley has allocated another Rs1,45,000 crore for bank recapitalisation during the next financial year.

However, with mounting non-performing loans of public sector banks, the Rs2,60,000 crore fund infusions may be insufficient to cover PSU banks' losses, not to speak of meeting bank's Basel III capital norms by 2019.

Close on the heels of Nirav Modi's Rs11,300-cr fraud on Punjab National Bank, the Central Bureau of Investigation (CBI) has now registered an FIR against Rotomac pen promoter Vikram Kothari on a complaint from Bank of Baroda for allegedly swindling over Rs800 crore.

The agency started searching Kothari's residence and offices in Kanpur from early in the morning, CBI sources said. Kothari, his wife and his son are being examined by the CBI, which is conducting the searches. There were no arrests in the case yet, CBI spokesperson Abhishek Dayal said.

This is alleged the second major financial scam agencies have unearthed after the Rs 11,400-crore fraud allegedly committed by billionaire jewellers Nirav Modi and his uncle Mehul Choksi, who fled the country before the Punjab National Bank unfolded.

Rotomac promoter Vikram Kothari who has allegedly cheated a host of banks, however, is still in India and, according to Kothari, he is only a defaulter and does not come under the category of fraudster.

Kothari was reported to have been spotted on Sunday, at the wedding of Jagran group owner Sanjeev Gupta's daughter's wedding in Kanpur and later, he himself confirmed that he has not fled the country.

''First of all, don't call it a scam. Also, I am not leaving the country and I am very much in Kanpur. Banks have declared my company non-performing asset (NPA), but not the defaulter. The matter is still sub judice with National Company Law Tribunal (NCLT). I have taken loans and will repay it all soon,'' Kothari asserted in a statement.

However, his Mall Road office remained closed for the past one week, triggering speculation on social media that he must have fled the country.

The CBI, meanwhile, raided at least three locations in Kanpur, in connection with the case after Bank of Baroda registered a complaint with CBI against Kothari. The CBI also questioned Vikram Kothari, his wife and son during a search on his residence.

Kothari is reported to have taken loans of more than Rs800 crore from Bank of Baroda, Allahabad Bank, Bank of India, Indian Overseas Bank and Union Bank of India.

Bank sources say rules were compromised while providing loans to Kothari. In the complaint filed by Bank of Baroda and Allahabad Bank, Kothari has so far failed to pay any of the principal amount or even the interest back to banks.