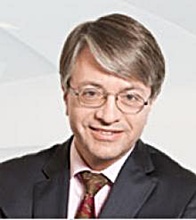 BNP chief executive Jean-Laurent Bonnafe said the resolution of the issue marked "an important step forward" for the bank.

He added, the bank deeply regretted the past misconduct that led to this settlement.

The severe punishment is expected to send a clear message to other financial institutions around the world, Reuters reported.

According to commentators, the development follows a broader strategy shift by the US justice department that is expected to book more major banks for possible money laundering or sanctions violations.

In an unprecedented step, BNP has been banned from conducting certain US dollar transactions, a critical part of the bank's global business, in addition to the fine which was a record for violating US sanctions.

According to US authorities, the severe penalties reflected BNP's violations going back to at least 2004 and through to 2012 and its drive to put profits first, even after it had been warned by US officials over its obligation to crack down on illegal activity.

BNP shares were up 4.1 per cent by 0945 GMT, the strongest performer in the European bank index SX7P, due to the relief that the lender had finally settled the case even as the stock continued to trade 16 per cent lower since mid-February due to the case.

"Between 2004 and 2012, BNP engaged in a complex and pervasive scheme to illegally move billions through the US financial system," said US attorney general Eric Holder in a press conference, BBC reported.

In doing so, the bank "deliberately and repeatedly violated longstanding US sanctions", he added.

Holder went on to add that he would expect the settlement to serve as a warning to other firms that did business with the US that "illegal conduct will simply not be tolerated".

The agreement with US authorities would see BNP fire and not re-hire 13 individuals who were associated with the sanctions violations.

According to BNP as a result of the fine it would take an "exceptional charge" of €5.8 billion in the second quarter of this year.

This would be on top of the $1.1 billion it had already set aside to cover the cost of the US penalties, it said.

The bank said however, that it expected "no impact on its operational or business capabilities", adding it would post "solid results" for the second quarter.