Australia and New Zealand Banking Group (ANZ) on Monday announced the signing of an agreement to buy Sincorp Bank, the banking arm of insurer Suncorp Group, for A$4.9 billion ($3.33 billion), in a move that would accelerate the growth of its retail and commercial businesses while also expand its geographic presence in Australia. 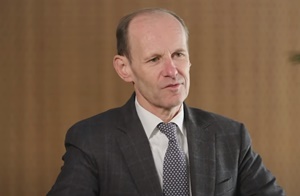 The acquisition will boost ANZ's retail presence in a fast-growing domestic region and increase its assets in mortgages, the most lucrative business for Australian banks, by nearly a fifth, helping it to overtake National Australia Bank Ltd (NAB) for third spot in the business.
Acquisition includes $47 billion of home loans with strong risk profile, $45 billion in high-quality deposits and $11 billion in commercial loans.
The buyout, which is subject to regulatory approval, will boost ANZ's mortgage book by A$47 billion to A$307 billion.
The acquisition will be funded by a fully-underwritten 1 for 15 pro rata accelerated renounceable entitlement offer to raise ~$3.5 billion of ordinary equity and by existing capital.
Suncorp Bank will continue to be led by CEO Clive van Horen who will report to ANZ’s chief executive officer and join ANZ’s executive committee post completion.
Suncorp Bank will initially operate under its existing Authorised Deposit-taking Institution licence with no changes to the total number of Suncorp Bank branches in Queensland for at least three years from completion.
The acquisition is subject to a minimum completion period of 12 months and to certain conditions. Completion is expected in the second half of calendar year 2023.
ANZ has proposed allocation of A$15 billion of new lending as part of ANZ’s existing renewable lending commitments to support Queensland renewable projects and green Olympic Games infrastructure as well as $10 billion of new lending for energy projects particularly those targeting bioenergy and hydrogen over the next decade.
“The acquisition of Suncorp Bank will be a cornerstone investment for ANZ and a vote of confidence in the future of Queensland,” ANZ CEO Shayne Elliott said.
“ANZ is committed to making a meaningful contribution to the economic and social prosperity of Queensland and today’s announcement will see ANZ increase its presence, and we believe improve competition, in one of Australia’s most important regions,” he added.
ANZ had previously expanded rapidly in Asia, which it has been unwinding over the past few years. ANZ, the smallest of Australia's major lenders seeks to revive growth at home after falling behind rivals.
It lags Commonwealth Bank of Australia (CBA), Westpac Banking Corp (WBC) and NAB by market value and some other metrics.
MORE REPORTS