The Enforcement Directorate (ED) probing the Rs4,300-crore PMC Bank fraud and the bank’s nexus with bankrupt realtor HDIL, has unearthed properties worth several hundred crores, often in the names of the Wadhawan family members. 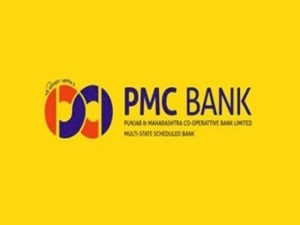 However, Anu Wadhawan, wife of HDIL MD Sarang Wadhawan, and Malti Wadhwan, Sarang’s mother and Rakesh Wadhwan’s wife, claim to have no idea about the source of money, which funded purchases of properties in their names.
Anu Wadhawan received Rs70 lakh from an HDIL group company. She disclosed details about the retainer paid to her in a statement to the Enforcement Directorate, which is probing suspected money laundering in the Rs6,300-crore loan fraud case.
In her statement, Anu Wadhawan revealed that she was not a director in any HDIL group company, but worked as a retainer in an HDIL group firm named Privilege Industries since 2016. This company manufactures beer for a leading brand in the country and paid a monthly retainer of Rs70 lakh per month to Anu.
Anu said that she was not involved in her husband's business or financial activities and that she was not aware of the source of funds used to buy bungalows at Bandra, Vasai and Alibag, and flats in Golf Link, Bandra that are in her name. These properties have been attached by the ED or the Economic Offences Wing of Mumbai Police as proceeds of crime in the PMC Bank loan scam.
Malti Wadhawan, the wife of HDIL owner Rakesh Wadhawan and mother of Sarang Wadhwan, mentioned in her statement that she was the owner and co-owner of four properties that Anu mentioned in her statement. Malti owns properties in Pune, Mumbai and Palghar districts of Maharashtra.
The ED also interrogated Meena Rohira, director of one of HDIL group company named M Estate Developers. She said that the company was started by Rakesh Wadhawan and his brother Rajesh Wadhawan. She told the ED that she was not aware of any projects handled by this company despite being a director, but received Rs2-3 lakh a month from it. Around Rs27.74 crore has been transferred from the company's account to other HDIL group companies.
Rohira owns a bungalow named Basera that was purchased from Wadhawans by selling ancestral land to them. Her husband, Kumar Rohira in his statement to the ED said that he knew about her being a director in M Estate Developers, but has no idea about the business activity of his wife.
The probe has also revealed that a majority of loans disbursed by the PMC bank to HDIL and group companies were used to settle other loans of the group companies. Manjit Kaur Ishwar Singh, who was the joint general manager (credit) of the PMC bank, has revealed this in her statement.
Operations of PMC Bank was taken over by the Reserve Bank of India after it discovered a slew of dubious transactions and was virtually non-operative since then.
Subsequent investigations showed evidence of wrongful diversion of the bank’s funds into realty firm HDIL, which enjoyed a close relationship with the bank.
The probe by the ED has revealed that money borrowed from the PMC bank by HDIL and group companies was mostly used to settle other loans of the group companies. This has come to light in the statement of Manjit Kaur Ishwar Singh who was the joint general manager (credit) of the PMC Bank.
Singh in her statement to Enforcement Directorate revealed that HDIL had around total 44 loan accounts, which included personal accounts of HDIL promoters Rakesh Wadhawan and Sarang Wadhawan.
In her statement to ED, Singh said that loans sanctioned to HDIL group companies by PMC bank, Awas Developer's and Construction Pvt LTd and Serveall Constructions Pvt Ltd were utilised for settling the loan amount of another HDIL group company Mi Marathi Media Ltd.
She further recalled that another loan sanctioned to HDIL group company, Excel Arcade Pvt Ltd which was of around Rs33 crore, was utilised to pay off the loan and liabilities of HDIL group company Privilege Industries Ltd. Another loan sanctioned by the bank to HDIL group company Somerset Constructions Pvt Ltd of around Rs200 crore was used for settling the liabilities and loans of HDIL Group company Blue Star Realtors Pvt Ltd and a term loan of Rs100 crore sanctioned by the bank to Excel Arcade Pvt Ltd (HDIL Company) was used to clear the overdraft of Excel Arcade Pvt Ltd, which had an outstanding debit balance of Rs30 crore.
Upon disbursement the debit stood at Rs70 crore and from that Rs33 crore were diverted for payment of a loan pending in name of Privilege Industries Ltd. The balance overdraft of Rs21 crore was transferred to Excel Term loan account.
MORE REPORTS