Small business will soon be credit-rated on data: Nandan Nilekani

The government is reported to have come up with the idea of data-based appraisal of small business, as opposed to balance sheet-based approach, to make availability of credit easier for individuals and small businesses, say reports. 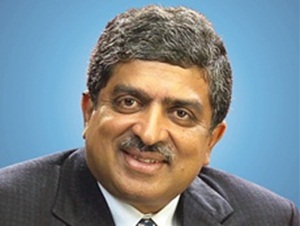 Lender banks in India would soon start assessing small businesses for loans based on their data, not on the basis of their assets or balance sheets, The Print quoted Nandan Nilekani, co-founder and chairman of Infosys and former chairperson of the Unique Identification Authority of India (UIDAI), as saying.
Speaking at the opening session of Carnegie India’s Global Technology Summit 2019 in Bengaluru, Nilekani said India will perhaps be the first country in the world to use the tech-enabled system, called “Account Aggregator” (AA) for small loans.
Under the new AA-enabled system, owners will be able to use their bank statements, tax returns, and home loan repayment records — which are all part of their digital footprint — to avail of short-term loans, he said.
So far, he said, while only large companies like Facebook and Google have soa far benefitted from end-consumer’s data, now small businesses and the common people will be able to use their data to their benefit.
Nilekani pointed out that as few as 8 per cent of India’s small businesses manage to get credit from the formal banking system.
Nilekani said India has come up with an architecture to enable this system. The individual is at the heart of the architecture, and involves a “new kind of regulated institution called the Account Aggregator”.
Nilekani said an AA is a “licenced entity” and is currently being designed for the financial system, but could be designed for the healthcare system as well.
Describing how the AA works, Nilekani said it will act on behalf of an individual. The individual has to give consent to the AA to retrieve their data (in a digital format) from a source that already has some of their data, such as a bank or insurance provider (called a ‘financial information provider’).
Then, this data is encrypted end-to-end, and safely sent to the ‘financial information user’ the individual desires. Such a ‘financial information user’ can be a personal finance manager or a bank providing loans, along with a “consent artefact” directing how the data may be used.
Nilekani said the system is designed so that the AA will not be able to read or resell an individual’s data.
Seven institutions have already been given “in-principle” approval from the Reserve Bank of India to act as an AA; one institution has been given a licence to act as an AA, he said.
Ten leading banks and non-banking financial companies are set to become ‘financial information providers’ and ‘financial information users’ in the system. Potentially, the GST network will also join the AA system, Nilekani said.
Nilekani also touched upon Aadhaar to say “many people are happy with it”, despite sustained concerns that Aadhaar could be used for surveillance, for depriving benefits to residents, or could lead to a data breach of personal information.
The former head of UIDAI, which oversees the Aadhaar database, backed his claim citing a third party survey report which said 92 per cent of people are “somewhat” or “very satisfied” with Aadhaar.
The survey included 1,67,000 participants across 28 states and UTs, Nilekani said, while the advisory committee behind the survey report consisted of both “Aadhaar supporters and sceptics”.
MORE REPORTS