Public sector banks (PSBs) have emerged stronger under the government’s 4Rs strategy of recognising NPAs transparently, resolving and recovering value from stressed accounts through clean and effective laws and processes and recapitalising and reforming banks, the government said on Tuesday. 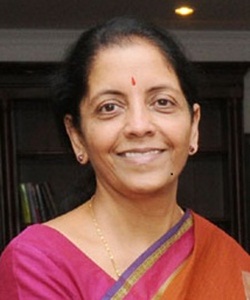 The government has infused Rs2,20,000 crore to recapitalise public sector banks over the last three years while banks themselves have raised over Rs66,000 crore in tier 1 capital, minister of finance and corporate affairs Nirmala Sitharaman informed the Rajya Sabha in a written reply.
Besides recapitalisation, the government has taken various other steps to improve the condition of banks, which, inter alia, include a change in credit culture with the institution of Insolvency and Bankruptcy Code (IBC), which fundamentally changed the creditor-borrower relationship.
The Fugitive Economic Offenders Act, 2018 enables confiscation of fugitive economic offenders’ property. Heads of PSBs have been empowered to request for issuance of look-out circulars.
A National Financial Reporting Authority has also been established as an independent regulator for enforcing auditing standards and ensuring audit quality.
Besides, key reforms have been instituted in PSBs themselves to ensure proper due diligence in project financing. Board-approved loan policies of PSBs now mandate tying up necessary clearances/approvals and linkages before disbursement, scrutiny of group balance-sheet and ring-fencing of cash flows, and appraisal of non-fund and tail risk, it was pointed out.
For mitigating risk on account of misrepresentation and fraud, banks have been authorised to use third-party data for comprehensive due diligence across data sources.
For clean and effective monitoring, monitoring roles have been strictly segregated from sanctioning roles in high-value loans, and specialised monitoring agencies combining financial and domain knowledge have been deployed for effective monitoring of loans above Rs250 crore.
To ensure timely and better realisation in one-time settlements (OTS), online end-to-end OTS platforms have been set up.
For faster processing of loan proposals, loan management systems have been put in place for personal segment and MSME loans.
To strengthen governance at the board level, the position of chairman and managing director (CMD) has been bifurcated into separate positions of a non-executive chairman and a managing director (MD) and chief executive officer (CEO).
A professional Banks Board Bureau (BBB) has been created for arm’s length selection of non-executive chairmen and whole-time directors.
The changes in lending norms have helped robust recovery of Rs3,59,000 crore in stressed bank loans over the last four years, including record recovery of Rs1,23,000 crore in financial year 2018-19, the minister pointed out.
Asset quality has greatly improved, which is reflected in 45 per cent year-on-year reduction in slippage into non-performing assets (NPAs) in FY 2018-19, and 63 per cent reduction in 31 to 90 days overdue corporate accounts by March 2019 from their peak level in June 2017.
With stress recognition largely completed, significant headway in recovery and resolution under IBC, and reduced slippages as a result of improved underwriting and monitoring, gross NPAs of PSBs have started declining, after peaking in March 2018, registering a decline of Rs89,189 crore from Rs8,96,000 crore in March 2018 to Rs8,06,000 crore in March 2019, the minister stated.
With substantial cleaning up accompanied by recapitalisation of banks, credit growth of PSBs has picked up substantially, from 0.78 per cent year-on-year in FY 2016-17 to 7.51 per cent in FY 2018-19.
By addressing the underlying causes behind the build-up of stress in PSBs through comprehensive reform to change credit culture and tighten discipline for stakeholders across the financial system, institutionalisation of robust underwriting and monitoring, fundamental governance reforms, and leveraging of the transformation potential of technology, the risk of recurrence of excessive stress in PSBs has been considerably minimised and PSBs have emerged stronger, the minister added.
Capital infused in public sector banks by government 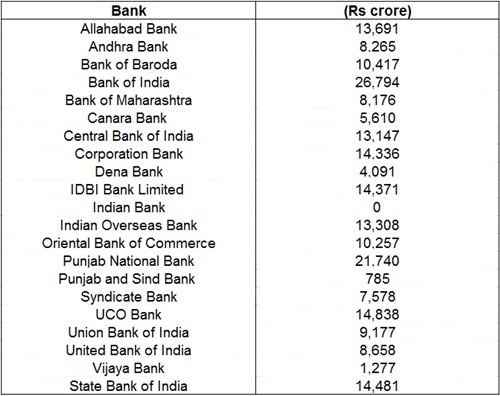