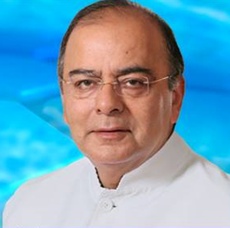 The accumulated bad loans of public sector banks are the result of reckless lending that has gone on for years without simultaneous increases in private investment and the government cannot use taxpayer's money to repair the banks' finances, finance minister Arun Jaitley has said.

Blaming the wanton use of investible funds for short-term gains, the finance minister said it was public investment that had enabled the country to consistently achieve over 7 per cent growth at a time of dismal private investment.

Participating in a short discussion in the Raja Sabah on the state of the economy, Jailed said it was reckless lending by banks during the boom years in the previous UPA government that had led to accumulation of such huge non-performing assets (NPAs), or bad loans, in the Indian banking system.

"Reckless lending without proper risk management has affected the banks capacity to support growth," he said, referring to the high-growth period after 2008. The massive lending by banks is now being reflected in their accumulated bad loans and through heavily leveraged corporate balance sheets, he added.

"As regards the banking system, we are trying to put all our resources into it (NPAs issue)," he said.

"Industry doesn't pay back the banks... so this bailout that we're doing with the taxpayers' money is not an ideal situation."

Jaitley, however, said the government is bringing all possible resources to bear in order to resolve the issue of banks' bad loans.

The government, he said, has announced a phased programmed for bank recapitalisation of around Rs2,11,000 crore over the next two years. This is expected to encourage banks to enhance lending. The Insolvency and Bankruptcy Code was enacted to achieve insolvency resolution in a time bound manner.

Reserve Bank of India (RBI) reduced the repo rate by 200 basis points in 3 years (2015 to 2017). RBI undertook many steps to address the vulnerabilities in the banking system, that inter-alia include, issuing the framework to revitalise the distressed assets in the economy and establishment of Central Repository of Information on Large Credits to reduce information asymmetry.

However, he said, these have so far not affected the country's growth prospects as the World Economic Situation and Prospects 2018 report of the United Nations points out.

According to the report, the Indian economy is expected to grow at 7.2 per cent in 2018-19 and 7.4 per cent in 2019-20 while the outlook for India remains largely positive, underpinned by robust private consumption and public investment as well as ongoing structural reforms.

From the demand side, the contribution of public sector GFCF to GDP growth was about 20 per cent in 2015-16, he said.

Also, he said, the confidence in the Indian economy has increased on account of policy measures taken up by the government and the Reserve Bank of India. Recently, Moody's rating agency upgraded India's local and foreign currency issuer rating to Baa2 with a stable outlook from Baa3 on the expectation that continued progress in India's economic reforms will enhance India's growth potential over time.

The government of India has taken various initiatives to improve the confidence in the Indian economy and boost the growth of the economy and which, inter-alia, include; fillip to manufacturing, concrete measures for transport and power sectors as well as other urban and rural infrastructure and comprehensive reforms in the foreign direct investment policy.

Government had also announced various measures in the budget 2017-18 which, among others, include push to infrastructure development by giving infrastructure status to affordable housing, higher allocation to highway construction, and focus on coastal connectivity. For highways development the Bharatmala Pariyojana has been launched.

The other measures include lower income tax for companies with annual turnover up to Rs50 crore and, a major push to digital economy.

The introduction of the Goods and Services Tax (GST) has provided a significant opportunity to improve growth momentum by reducing barriers to trade, business and related economic activities.