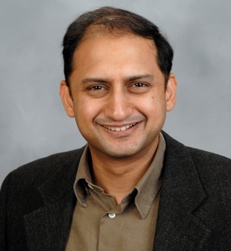 Acharya on Thursday said while there were several options on the table to recapitalise banks and address the loan resolution process, they were moving at snail's pace and there was a lack of urgency in restoring health.

Indeed, ''the lack of a clear and concrete plan for restoring public sector bank health,'' remained an unfinished part of the RBI's agenda, and also its ''Achilles heel,'' Acharya said in his speech at the Eighth R K Talwar Memorial Lecture in Mumbai.

According to Acharya, the government should be formulate a stronger plan, which he termed ''Sudarshan Chakra'', instead of the ''Indradhanush'' under which it has committed to infuse more than Rs70,000 crore in these loss-making baks over four years.

However, he pointed out, the high bad debt levels on banks' books have rendered the capital infusion plan inadequate.

This, he said, would only increase sharply if companies go for liquidation. RBI has already brought some bad assets of banks under the Insolvency and Bankruptcy Code (IBC) besides the already high provisioning by banks for bad loans.

RBI has directed banks to file insolvency applications against 12 large accounts comprising about 25 per cent of the total non-performing assets (NPAs).

"The Reserve Bank has now advised banks to resolve some of the other accounts by December 2017; if banks fail to put in place a viable resolution plan within the timelines, these cases also will be referred for resolution under the IBC," Acharya said.

The need of the hour, he said, was to resolve the bad loans issue on banks' balance sheets, which was close to Rs8,00,000 crore at the end of June.

Acharya wondered why banks are not looking at market funds to address the problem of massive recapitalisation, especially at a time when the market is flush with funds. He hinted that there is lack of confidence in the working of the banking system that no banker can assure the market of an improved performance.

''Can we articulate a feasible plan to address the massive recapitalisation needs of banks and publicly announce this plan to provide clarity to investors and restore confidence in the markets about our banking system?'' he said, asking why banks were not raising capital from the equity markets at a time when liquidity chasing stock markets was plentiful. ''What are the bank chairmen waiting for, the elusive improvement in market-to-book which will happen only with a better capital structure and could get impaired by further growth shocks to the economy in the meantime?'' he queried.

As of June 2017, the government held 57.1 per cent in State Bank of India, the lowest among all state-owned banks.

On the other hand, the government's stake in United Bank of India is as high as 85.2 per cent. The bank, however, is under the RBI's watch and is going through prompt corrective action, which curtails a bank's normal activities, making it less attractive to an investor.

Acharya also suggested looking at the possibility of selling off healthy deposits to private parties, especially the smaller banks that are more efficient.

''The Indradhanush was a good plan, but to end the Indian story differently, we need soon a much more powerful plan - Sudarshan Chakra - aimed at swiftly, within months if not weeks, for restoring public sector bank health, in current ownership structure or otherwise,'' he said.

The primary cause of the recent slowdown in growth has been the stress on banks' balance sheets, Acharya said, adding: '' under-capitalised banks have capital only to survive, not to grow; those banks barely meeting the capital requirements will want to generate capital quickly, focusing on high-interest margins at the cost of high loan volumes''.

The IBC will address much of the stress on banks' balance sheets by time-bound resolution. Acharya admitted that in the absence of the bankruptcy code, ''the final outcomes have not been too satisfactory,'' of the resolution schemes introduced by the RBI.

''The schemes were cherry-picked by banks to keep loan-loss provisions low rather than to resolve stressed assets,'' he said.

The deputy governor also said the central bank's internal committee on improving monetary policy transmission will be finishing its report by the last week of September.

However, if the resolution is not effective, it effectively prevents the banks from passing on rate benefits to their customers.